Since 1995, states and local governments have been subject to Rule 15c2-12 (the “Rule”), promulgated by the U.S. Securities and Exchange Commission (the “SEC”). Under the Rule, governmental entities that issued securities (and persons obligated under those securities (“obligated persons”)) were required to enter into continuing disclosure agreements (generally referred to as “undertakings”). These undertakings obligated the governmental entity to make regular annual filings of financial information and also to file notices whenever certain “listed events” occurred. The undertakings remained in effect for the entire life of the bond issue or defeasance of the bonds.

In August 2018, the SEC announced an amendment to the Rule. This amendment will take effect on February 27, 2019. These amendments have been the topic of substantial public discussion in seminars and written releases in the press and numerous law firm blogs. Regardless of what you have read or heard, however, this amendment may or may not increase your future financial reporting obligations or otherwise affect your community. Before you spend a lot of time in seminars or meetings learning about the Rule, consider whether it will have an impact on your public entity/community.

In general, a public entity will not be affected by the changes in the Rule, if:

If, however, your community does expect to issue publicly offered bonds in the foreseeable future, then you should understand more about the Rule.

The discussion below provides information to help you understand more about the Rule and the changes incorporated under the Rule’s recent amendment and includes information about Government Accounting Standards Board (“GASB”) Statement No. 88:

The SEC has indirectly regulated the obligations of states and local governments in the financial markets through its ability to regulate the activities of brokers/dealers in the municipal industry. [1] The Rule was originally promulgated in 1989 by the SEC under authority of the Securities Exchange Act of 1934. The original Rule required that dealers acting as Participating Underwriters in Offerings (an offering of municipal securities by a municipal issuer with an aggregate principal amount of $1,000,000) obtain, review, and distribute to potential customers copies of the issuer’s official statement. The Rule was amended in 1994, and this amendment accomplished, albeit indirectly, what the SEC could not do directly. When the SEC adopted paragraph (b)(5) of the Rule, Participating Underwriters could no longer purchase or sell municipal securities unless the issuer had adopted an undertaking for the issue. With that change, the Rule now imposed regulations on states and their local governments. [2]

Paragraph (b)(5) of the Rule prohibits a Participating Underwriter from purchasing or selling municipal securities covered by the Rule in an Offering unless the Participating Underwriter has reasonably determined that an issuer or obligated person of those municipal securities has undertaken in a continuing disclosure agreement (an “undertaking”) to provide specified information to the Municipal Securities Rulemaking Board (MSRB) in an electronic form as prescribed by the MSRB. [3] The information to be provided consists of: (i) certain annual financial and operating information and audited financial statements, if available (“annual filings”) [4]; (ii) timely notices of the occurrence of certain events (“event notices”) [5]; and (iii) timely notices of the failure of an issuer obligated person to provide required annual financial information on or before the date specified in the continuing disclosure agreement (“failure to file notices”). Event notices are required to be filed within 10 business days of the occurrence of the listed event. [6]

The SEC has been considering expanding the list of the disclosure events for some time. In particular, there has been a focus on the increased number of private placements of bonds and bank loans, as they have not been not subject to the Rule. On August 20, 2018, the SEC released adopted amendments to the Rule. [7] These amendments apply to all undertakings entered into on and after February 27, 2019. From this February date and after, all new undertakings are required to comply with the amended Rule. The amendments added two additional events, expanding the list from 14 to 16 events, in a continuing disclosure undertaking. Future undertakings are required to include the following event notices:

(16) Default, event of acceleration, termination event, modification of terms or other similar events under the terms of a financial obligation of the issuer or obligated person, any of which reflect financial difficulties.

The amendments define the term “financial obligation” as a (i) debt obligation; (ii) derivative instrument entered into in connection with, or pledged as security or a source of payment for, an existing or planned debt obligation; or (iii) guarantee of (i) or (ii). The term “financial obligation” does not include any obligation for which a final official statement has been provided to the MSRB. In other words, the issuer does not need to file an event notice for the incurrence of any security that is already disclosed to the market through a final official statement.

Key considerations for the amended Rule include:

1. The amendments are not retroactive.
The amendments do not add any new requirements to issuers’ current undertakings. Accordingly, issuers may continue to comply with their existing undertakings in the same manner as they have been filing and posting with EMMA.

2. If a governmental entity enters into an undertaking in the future, that undertaking will include the two additional event notice requirements.
With respect to those new event requirements:

3. GASB Statement No. 88.
The GASB recently issued its Statement No. 88 — Certain Disclosures Related to Debt, including Direct Borrowings and Direct Placement (March 2018), requiring that additional information related to debt be included in audited financial statements. [8]

This requirement is in effect for reporting periods beginning after June 15, 2018. Accordingly, many issuers are likely developing protocols for identifying the types of information that are now required be disclosed under the amendments to the Rule.

Inclusion of this information in an issuer’s financial statement will not, however, satisfy the requirements of the Rule, because the Rule will now require that a separate event notice be filed on a timely basis upon the incurrence of each new the debt or “debt-like” obligation (within 10 business days).

[5] See 17 CFR 240.15c2-12(b)(5)(i)(C). Under the Rule prior to these amendments, the following events require notice in a timely manner not in excess of ten business days after the occurrence of the event: (1) principal and interest payment delinquencies; (2) nonpayment related defaults, if material; (3) unscheduled draws on debt service reserves reflecting financial difficulties; (4) unscheduled draws on credit enhancements reflecting financial difficulties; (5) substitution of credit or liquidity providers, or their failure to perform; (6) adverse tax opinions, the issuance by the Internal Revenue Service of proposed or final determinations of taxability, Notices of Proposed Issue (IRS Form 5701-TEB) or other material notices or determinations with respect to the tax status of the security, or other material events affecting the tax status of the security; (7) modifications to the rights of security holders, if material; (8) bond calls, if material and tender offers; (9) defeasances; (10) release, substitution, or sale of property securing repayment of the securities, if material; (11) rating changes; (12) bankruptcy, insolvency, receivership or similar event of the obligated person; (13) the consummation of a merger, consolidation, or acquisition involving an obligated person or the sale of all or substantially all of the assets of the obligated person, other than in the ordinary course of business, the entry into an agreement relating to any such actions, other than pursuant to its terms, if material; and (14) appointment of a successor or additional trustee or the change of name of a trustee, if material. In addition, Rule 15c2-12(d) provides full and limited exemptions from the requirements of Rule 15c2-12. See 17 CFR 240.15c2-12(d). 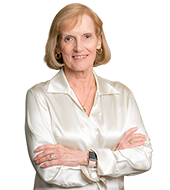 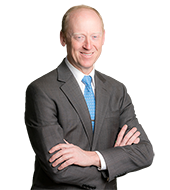