On November 2, 2017, we alerted taxpayers that the House Ways and Means Committee had unveiled its much anticipated tax reform bill titled the “Tax Cuts and Jobs Act” (the “House Plan”). The House Plan includes substantial modifications to existing renewable energy tax credits including the production tax credit (“PTC”) and the investment tax credit (“ITC”), and also eliminates other tax incentives entirely, effective beginning after 2017, including the Section 199 Domestic Production Activities Deduction (the “DPAD”), the New Markets Tax Credit (the “NMTC”), the Historic Rehabilitation Tax Credit (the “HRTC”), the Enhanced Oil Recovery Credit, and the Credit for Producing Oil and Gas from Marginal Wells.

On the evening of November 9, 2017, Senate Republicans released the Senate’s proposal (the “Senate Plan”). The Senate Plan differs from the House’s proposed legislation in several key ways. Significantly, the Senate Plan does not modify the PTC or the ITC, which is consistent with public statements made by several Senate Republicans since the House Plan was released. Similarly, the Enhanced Oil Recovery Credit, Credit for Producing Oil and Gas from Marginal Wells, and NMTC would all be left intact and the HRTC would remain available, albeit in reduced form. However, unlike the House Plan, the Senate’s proposed legislation did not address expired energy credits for qualified fuel cell and small wind energy property, qualified microturbine property, or production from advanced nuclear power facilities.

Similar to the House’s proposed legislation, the Senate Plan would repeal the DPAD effective for tax years beginning after 2017. As we discussed in our previous alert, repealing the DPAD would affect a variety of domestic manufacturers of a number of items, including solar panels, construction equipment, and software, as well as oil and gas producers.

The Senate Plan is moving very quickly and is expected to proceed on a schedule roughly one week behind that of the House Plan. 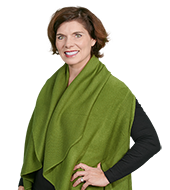