In Jones v. Harris Associates L.P., the Supreme Court adopted the Gartenberg standard for cases brought under Section 36(b) of the Investment Company Act of 1940:  “[T]o face liability ...an investment adviser must charge a fee that is so disproportionately large that it bears no reasonable relationship to the services rendered and could not have been the product of arm’s length bargaining.”  The Court remanded the case to the Seventh Circuit to apply this standard in the context of an appeal challenging the grant of summary judgment for the defendant investment adviser, Harris Associates L.P.  (The Supreme Court’s opinion was previously discussed here.)  On August 6, 2015, more than five years later, the Seventh Circuit Court affirmed the district court’s grant of summary judgment. [1]

On August 20, 2015, the plaintiffs filed a petition for rehearing by the Seventh Circuit en banc. In their petition, the plaintiffs claim that the Seventh Circuit’s order “persists in pressing a non-conforming interpretation of § 36(b),” which assertedly “conflicts with the Supreme Court’s decision in Jones v. Harris Associates L.P., 559 U.S. 335 (2010), and with Gartenberg v. Merrill Lynch Asset Management, Inc., 694 F.2d 923 (2d Cir. 1982).” The petition concludes with the assertion that rehearing should be granted because the Seventh Circuit’s decision “comes from the pen of one of our most respected and influential jurists” and “will be widely read, cited, and followed if it stands.”

A copy of the Petition for Rehearing En Banc is available here.

In Jones, the plaintiffs alleged that fees the adviser charged to the Oakmark Funds were excessive in comparison to fees charged to its institutional clients, and that the fee-approval process essentially had been tainted by the presence of directors who ostensibly were not truly “independent.”  The district court, applying Gartenberg v. Merrill Lynch Asset Management, Inc., 694 F.2d 923 (2d Cir. 1982), and finding that the independent directors met required independence standards, granted the defendant adviser’s motion for summary judgment.

The Seventh Circuit affirmed the district court’s grant of summary judgment, but disapproved of Gartenberg.  Circuit Judge Easterbrook wrote for a three-judge panel of the Seventh Circuit that as long as a fiduciary, such as a fund adviser, “make[s] full disclosure and play[s] no tricks,” the fiduciary generally is free to negotiate its compensation in its own interest, like any other market participant.  Observing that the fiduciary duty standard in Section 36(b) “differs from rate regulation,” the Seventh Circuit concluded that the statute did not require that advisory fees be “reasonable” in relation to a “judicially created standard” like that articulated in Gartenberg.  Although the Seventh Circuit acknowledged that it was “possible to imagine compensation so unusual that a court will infer that deceit must have occurred, or that the persons responsible for the decision have abdicated” their responsibility, that was not the case where, as in Jones, fees “are roughly the same…as those that other funds of similar size and investment goals pay their advisers....”

The Supreme Court’s decision resolved the circuit split that was created by the Seventh Circuit’s ruling in Jones.  In its opinion, the Supreme Court concluded that the Second Circuit’s 1982 decision in Gartenberg “was correct in its basic formulation of what Section 36(b) requires: to face liability under Section 36(b), an investment adviser must charge a fee that is so disproportionately large that it bears no reasonable relationship to the services rendered and could not have been the product of arm’s length bargaining.” The Supreme Court vacated the judgment of the Seventh Circuit and remanded the case “for further proceedings consistent with this opinion.”

Briefing of the Parties Following Remand
Following the remand of Jones, the parties submitted briefing to the Seventh Circuit expressing divergent views as to what course of action the Court of Appeals should take in light of the Supreme Court’s decision.   The plaintiffs argued that the Seventh Circuit should reverse the district court’s denial of their motion for summary judgment on the ground that Jones purportedly permits a plaintiff to establish a violation of Section 36(b) based on a Section 15(c) process violation alone.  In the alternative, the plaintiffs asked that the Court of Appeals reverse the grant of summary judgment and remand for trial on the plaintiffs’ excessive fee claim because the district court assertedly erred in its application of Gartenberg.  The plaintiffs argued that the district court treated as “dispositive the fact that Harris’ fees were not far outside the range that other advisers charged to similar funds,” by ostensibly “treat[ing] as immaterial . . . the shareholders’ expert and documentary evidence that Harris charged the funds twice what it charged its non-fiduciary clients for ‘virtually identical’ services,” and by “declin[ing] to discount the deference owed to the board’s approval of the fees” notwithstanding alleged “procedural irregularities in the fee-setting process….”

Harris Associates argued that the Seventh Circuit could and should affirm the district court’s grant of summary judgment for the defendant because the district court correctly applied the Gartenberg standard in entering judgment.  Harris Associates responded to the plaintiffs’ “process violation” argument by pointing out that the language of the Supreme Court’s decision in Jones focuses on the excessiveness of an advisory fee as the essential condition of a Section 36(b) violation.  As to the plaintiffs’ alternative argument, Harris Associates’ position on remand was that the district court properly applied the Gartenberg standard.  In support of the proposition that a disparity in fees alone does not establish a violation of Section 36(b), Harris Associates pointed to, among other things, the Supreme Court’s observation that “only where plaintiffs have shown a large disparity in fees that cannot be explained by the different services in addition to other evidence that the fee is outside the arm’s-length range will trial be appropriate.”

Seventh Circuit Decision on Remand
In a four-page order authored by Circuit Judges Easterbrook and Kanne, which was designated a “non-precedential” disposition, the Seventh Circuit affirmed the district court decision granting summary judgment to defendant Harris Associates.  The Seventh Circuit concluded that the plaintiffs’ “process violation” argument had been presented and rejected on the initial appeal and had been omitted from their petition for certiorari.  The Seventh Circuit further clarified, however, that “a process-based failure alone does not constitute an independent violation of §36(b). Instead, we have been instructed that §36(b) ‘is sharply focused on the question of whether the fees themselves were excessive’” (citing Gallus v. Ameriprise Financial, Inc., 675 F.3d 1173, 1179 (8th Cir. 2012)).

[F]irst, Harris’s fees were in line with those charged by advisers for other comparable funds; second, Harris provided accurate information to the funds’ boards, whose disinterested members approved the fees; third, the fee schedules reduced the applicable percentage charge as funds’ assets rose (for example, Harris’s fee for one fund was 1% of assets up to $2 billion but 0.75% of assets over $5 billion); fourth, the fees could not be called disproportionate in relation to the value of Harris’s work, as the funds’ returns (net of fees) exceeded the norm for comparable investment vehicles.

The Seventh Circuit concluded that satisfying the first and fourth of these propositions alone would suffice under the Supreme Court’s standard.  In other words, if an investment adviser’s fee is “comparable to that produced by bargaining at other mutual fund complexes” and the evidence shows that the investment adviser “delivered value for money” by performing “as well as, if not better than, comparable funds,” the fee is not “so disproportionately large that it bears no reasonable relationship to the services rendered and could not have been the product of arm’s length bargaining.”

The Court also found that the plaintiffs could not avoid this conclusion by comparing the advisory fee charged by Harris Associates’ institutional clients to that of its fund clients, absent evidence that would tend to show that “Harris provided pension funds (and other non-public clients) with the same sort of services that it provided to the Oakmark funds, or that it incurred the same costs when serving different types of clients.”

Conclusion
This long-anticipated decision presents an important interpretation of the Supreme Court’s opinion in Jones, albeit in a “non-precedential” order.  Assuming it is the last word in Jones, [2] the Seventh Circuit’s ruling is a rejection of Section 36(b) claims based solely on allegations of defective process.  In addition, while the Supreme Court has cautioned against undue reliance on fees charged by comparable funds sponsored by other advisers, the Seventh Circuit’s order highlights the importance of, and interplay between, two Gartenberg factors—comparative fees and the nature and quality of services provided—by concluding that where evidence shows that a fee is comparable to other mutual fund complexes and the performance is equal to or better than that of other comparable funds, the fee is not disproportionate.  Finally, the decision affirms that a comparison of advisory fees charged to fund and non-fund clients may be rejected altogether where a plaintiff has not established that those clients received the same services or that the investment adviser incurred the same costs in servicing those clients.

Notes:
[1] As it turned out, the Seventh Circuit had not spent the lengthy interval deliberating.  As the Court’s opinion acknowledges, due to a misfiling and a gap in the Court’s internal system for tracking cases under advisement, the Seventh Circuit lost track of the case.  After it discovered the oversight, the Court of Appeals affirmed the district court and corrected the gap in its internal tracking system.

[2] According to a recent filing in another Section 36(b) case, Kenny v. Pac. Investment Mgmt. Co. LLC, et al., No. 14-cv-01987 (W.D. Wash.), in which one of the firms representing the plaintiff also serves as counsel in Jones, the Jones plaintiffs intend to file a petition for rehearing en banc. 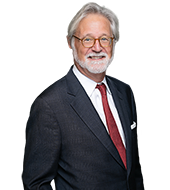 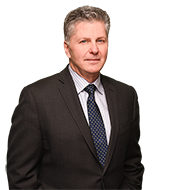