The winter storm that ravaged Texas this week has caused considerable damage and suffering, and it is predicted by some that it will to lead to the largest number of insurance claims resulting from a single event. For a state that is used to dealing with large-scale hurricane disasters, that is a remarkable prediction. For example, press reports estimate that Hurricane Harvey yielded US$19 billion in insurance claims. The Texas winter storm of 2021 has the potential to exceed that.

The damage caused by this extreme winter weather event, which has brought with it unprecedented amounts of ice, snow, and freezing temperatures; has been felt by communities, individuals, and businesses all across Texas; and has been compounded by widespread and prolonged power outages. Businesses will need to confront and address a wide range of losses including damage to property caused by collapsed roofs and burst water pipes, interruption of their business caused by the damage to their property, impeded access to property, and the loss of power and other public utility services, as well as extra expenses incurred to resume normal operations.

It is important that businesses impacted by this severe winter storm understand their insurance resources and take steps to protect and maximize any insurance recovery in the event that they make a claim. The storm will give rise to a variety of individualized losses, which will vary depending upon each insured business’s particular circumstances. The following checklist provides a general overview of selected issues that may be relevant to the preservation and pursuit of insurance coverage for those losses.

The most common source of insurance coverage for businesses facing losses resulting from the crippling cold weather in Texas will be the commercial property insurance policy that insures the assets of the business. Although insurers issue such coverage under many different standard insurance industry policy forms, some insurers have issued tailored policies to meet a policyholder's particular risk scenarios. Evaluation of your specific policy language and the law applicable to your policy is critical.

Businesses may have first-party coverage that includes the following specific elements:

In light of the large number of claims certain to result from the ongoing Texas winter storm, and the tremendous overall value of those claims, insurers can be expected to raise a number of potential limitations or restrictions on coverage. Here are just a few of the common issues that may be raised by insurers:

Most policies include specific procedures describing how and when a claim must be presented and documented. Some of these procedures may have timing deadlines associated with them. Failure to timely comply with these procedures may give insurers a basis to attempt to deny an otherwise covered claim.

In addition, the manner in which a claim is presented by the policyholder to its insurer can have a significant impact on the ultimate recovery, particularly in the context of limits of liability and what deductibles or self-insured retentions apply. As a result, policyholders should be proactive in assembling an insurance recovery team, including working with accountants and claim professionals as well as insurance coverage counsel. At a minimum, a policyholder should consider the following common, potentially time-sensitive policy provisions:

Businesses that have suffered losses because of the Texas winter storm should not overlook the significant financial protection that may be provided through their insurance policies. Businesses should act carefully and proactively - now - to protect and help maximize their coverage. Experienced insurance coverage counsel is often needed to assess the viability and strength of a policyholder's claim, in dealing with an insurer’s loss adjusters, and in maximizing the policyholder's potential insurance recovery. We have represented clients in dealing with claims arising from many types of natural disasters and perils, including storms, hurricanes, wildfires, floods, as well in other complex insurance claims for over 35 years. Our team is dedicated to assisting policyholders in assessing and prosecuting insurance coverage claims. 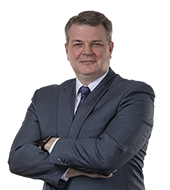