Speaker Ryan’s Task Force on Taxes: Is it Real or is it Redux?

Speaker Paul Ryan has announced the formation of six task forces to develop House Republican policies for 2016 and beyond. The task forces will focus on GOP priorities, including tax reform, healthcare reform, regulatory burdens, poverty and social mobility, national security, and reaffirming the Constitutional authority of the legislative branch. Because their recommendations are expected to significantly influence the party’s platform going into the November elections and help drive its legislative agenda during the next Administration, the importance of these task forces should not be underestimated. They represent an important opportunity for stakeholders to help shape important issues like tax reform.

While the task forces present an attractive new forum to advance policy priorities, they also pose risks for those who do not engage in the process. The old Washington adage “if you’re not at the table, you’re on the menu” rings especially true in a short legislative year when members and congressional staff have already begun to work on initiatives to pursue in 2017. The risks and opportunities are particularly great in the tax reform context, where the newly unveiled tax task force coincides with high levels of interest in tax reform among Speaker Ryan, the tax writing committees, and the stakeholder community.

A Collaborative Approach
Unlike earlier tax reform working groups in the House and the Senate, these task forces will address subjects that cut across the jurisdiction of the traditional House committees. Consequently, five of the six task forces will be jointly led by the Chairs of the committees that touch on a particular subject area. The tax reform task force will be led solely by Ways and Means Committee Chairman Kevin Brady (R-TX). More information about the leadership and goals of each task force appear at the end of this Alert.

The task forces reflect Speaker Ryan’s interest in an inclusive legislative process—at least as far as House Republicans are concerned (more on that below). Members will have the option to participate in as many or as few task forces as they wish, which will encourage members to have a say on an issue even if they do not sit on the relevant committee of jurisdiction. The goal, as Speaker Ryan put it in announcing the task forces, is to “seek input from all of our members and their constituents” as part of a “bottom-up process.”

Added Momentum for Tax Reform
The announcement of the task forces came just one day after Republican Ways and Means Committee members held a retreat to discuss priorities for the coming year. With Chairman Brady at the helm of the committee and the task force, the goals for both panels will be one and the same: “Create jobs, grow the economy, and raise wages by reducing rates, removing special interest carve-outs, and making our broken tax code simpler and fairer.”

The tax reform task force also makes its debut in the midst of intensifying scrutiny of the U.S. international tax system. Coming out of their retreat, Chairman Brady and other Ways and Means Committee members vowed to introduce legislation this year to address the rising tide of corporate inversions. Actions overseas may force their hand, as the European Union has taken aggressive anti-tax-avoidance steps, including proposals to implement the recommendations of the Organization for Economic Co-Operation and Development’s (OECD) base erosion and profit shifting (BEPS) project. These external pressures add an urgency and importance to the work of the tax task force.

Are House Republicans Dancing by Themselves?
Competing voices on Capitol Hill may temper the influence of the task forces on the Republican platform and the broader federal policy agenda. Senate Republicans are not a formal part of the process, and the inclusiveness of Mr. Ryan’s effort does not extend to Democrats.  Nevertheless, Speaker Ryan’s interest in tax policy and the outsize influence of the House Republican conference make the task forces a critical forum for engagement, even if the initiative does not expand to include other constituencies.

National Security – Goal: “Develop an overarching strategy and the military capabilities required to confront the national security threats of the 21st century.”

Reducing Regulatory Burdens – Goal:  “Make it easier to invest, produce, and build things in America with a regulatory system that reduces bureaucracy and eases the burden on small businesses and job creators, while still protecting the environment, public safety, and consumer interests.”

Restoring Constitutional Authority – Goal: “Reclaim power ceded to the executive branch over the years by reforming the rulemaking process, checking agency authority, exercising the power of the purse, and conducting more robust oversight.” 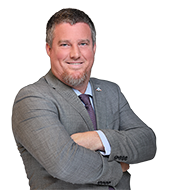