Stores for Sale! Retailers and Restaurants Spin Off Real Estate

Several major retailers and restaurant chains have recently engaged in a variety of transactions to spin off their real estate and lease it back.  Retailers and restaurants are suddenly doing them, or considering them, at an unprecedented clip.  Some companies have considered them and declined.  This article provides an overview of recent transactions, who is doing them, and why.

1. Introduction
Spinning off owned real estate can raise cash, increase market value, diversify or liquefy holdings, improve returns on assets, or achieve other economic or tax objectives.  There are numerous types of transactions to spin off real estate.  They can be taxable or nontaxable, use public or private capital, involve new or existing entities as buyers, and these entities can be captive (e.g., a subsidiary) or unrelated third parties.  Please refer to our article “Mining the Corporate Balance Sheet for Real Estate Equity” for a thorough summary of potential transaction structures by clicking on this link http://www.klgates.com/mining-the-corporate-balance-sheet-for-real-estate-equity-04-07-2010/.

Recent spin offs by retailers and restaurants have generally used the types of transactions described below.  Common to each of them is leasing back the real estate they previously owned.  The lease terms are typically 20 years with options to renew.  Rent is usually set at a fair market rent, but it could be structured with a base rent and a percentage rent based on revenues that exceed a certain threshold or on any other terms that may be negotiated.

2. Typical Spin Off Transactions
A. Sale-Leaseback.  As its name suggests, in a traditional sale-leaseback, the real estate is simply sold for cash to an investor and leased back.  The investor could be a private party or a publicly traded entity, such as a real estate investment trust (“REIT”).  A taxable gain or loss could be realized on the sale.  A sale-leaseback removes the real estate from the balance sheet and adds expense in the form of rent.  Except to the extent permitted by the lease, the former owner transfers control over, and the other benefits of ownership of, the real estate to the investor.  Finding investors is usually not difficult because an active market exists for leased properties.  The price paid is equal to a market capitalization rate based on the creditworthiness of the tenant applied to the annual rent.  Recent retail and restaurant sale-leaseback transactions that have been announced or completed include the following:

i. Darden Restaurants:  This owner of Olive Garden and LongHorn Steakhouse announced it would be selling 430 of its more than 1,500 stores to a publicly traded REIT and leasing them back.

iii. Sears Canada:  Sears Canada announced that it completed a sale-leaseback of three of its stores and adjacent space for $140 million with Concord Pacific Group.

iv. Under Consideration:  Macy’s (800 owned stores), Bob Evans (564 owned restaurants), and a major fast-food restaurant chain have announced that they are considering sale-leasebacks or similar transactions.  Three of Macy’s 800 stores alone are valued at $7 billion and represent one-third of the company’s total market value, which indicates that its stock price does not fully reflect the value of its real estate.

i. Hudson’s Bay:  This owner of Saks, Lord & Taylor, and other stores formed a joint venture with Simon Properties.  Hudson’s contributed 42 stores valued at $1.7 billion for an 80% interest and leased them back.  Simon agreed to contribute $278 million in cash for a 20% interest.  The joint venture borrowed $846 million, $600 million of which was disbursed to Hudson’s.  Since announcing the transaction, Hudson’s market value increased approximately 20%, from C$3.9 billion to C$4.9 billion.  The joint venture could go public in the future.

ii. Sears Holdings:  Sears announced that it will form a joint venture with General Growth Properties Inc. into which Sears will transfer 12 of its stores located at General Growth’s shopping malls and General Growth will contribute $165 million in cash.

C. Contribution-Leaseback with New Captive REIT.  In a contribution-leaseback with a new captive REIT, the owner of the real estate forms a new REIT as a subsidiary, transfers its real estate to the REIT subsidiary, and leases it back.  To raise cash, the REIT could borrow money or undertake an offering of common stock, convertible preferred stock, or convertible notes that could be public or private.  This transaction achieves a valuation of the real estate that is separate from the operating business.  However, the new captive REIT owns a single asset type that is occupied by the same tenant, which might make it difficult to take public someday, unless it diversifies and grows.  The following is a recent deal:

i. Sears Holdings:  Sears formed a REIT named Seritage Growth Properties to acquire 235 stores for $2.7 billion and lease them back.  Seritage funded the purchase with a loan and a rights offering scheduled to close soon.  Upon announcing the transaction, Sears’ stock rose 31%.

3. Why Spin Off the Real Estate?
Why are retailers and restaurant chains spinning off their real estate at this time?  Here are some stated reasons and some theories:

i. Cash: Some companies simply want to tap the equity locked in their real estate and, given strong market valuations, believe this is a propitious time for it.  They may use the cash for operations, acquisitions, or to buy back stock (e.g., Life Time Fitness).

ii. Stock Value:  Others believe that the valuation of their stock does not fully reflect the value of their real estate.  These companies believe that spinning off the real estate and having it valued separately will result in an economic synergy (e.g., Hudson’s Bay and Sears).

iii. Shareholder Activists:  Some shareholder activists are pressing companies to spin off their real estate to either raise cash or increase market value (e.g., Macy’s and Bob Evans).

iv. Accounting Rules:  The new lease accounting rules that take effect in 2018 might be a factor.  Under these rules, a spin off will swap real estate as an asset for a lease with offsetting entries for a “right-of-use” asset and a corresponding liability for rent.

v. Industry Changes:  Is the success of online “storeless” retailers or the prospect of drone and driverless car deliveries leading some retailers to cash out on their real estate assets?  It seems unlikely.

Spinning off real estate, especially an entire portfolio, is a major undertaking that merits careful consideration.  Any spin off transaction must be tailor-made to achieve the desired business, accounting, and tax objectives of the company.

Please note the facts regarding specific transactions set forth herein were obtained from public sources believed to be reliable. See page 4 of the PDF linked above for further disclaimers. 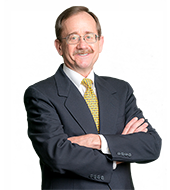