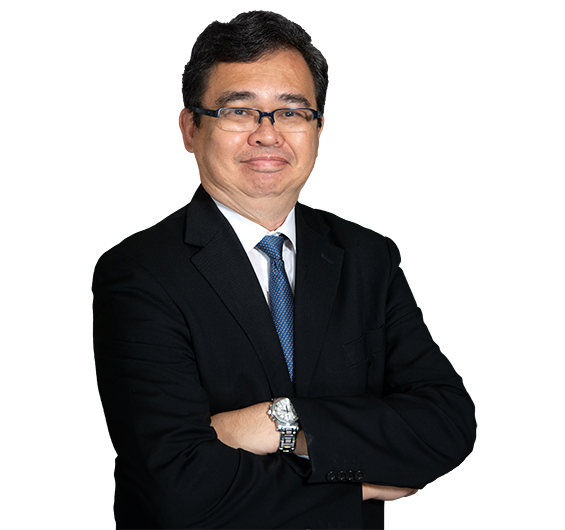 Stuart Palmer has been practicing law since 1989. From 1991 to 1993, he was a Deputy Public Prosecutor with the Attorney General’s Chambers where he prosecuted accused persons for offences under the Penal Code and other statutes in Singapore. Stuart had the opportunity of being involved in the successful prosecution of accused persons charged with capital crimes under the Penal Code and Misuse of Drugs Act. Apart from criminal law, he has also worked in the former law firm M/s Ella Chong & G. Mirandah practising intellectual property law, including copyright, the registration of trademarks in Singapore and the prosecution of trademark infringement.

Stuart has been practicing civil and criminal litigation being admitted to the Singapore bar. However, since joining Straits Law Practice LLC, he has become more involved in the wide area of personal law. As the current head of the family and estate practice department, Stuart and his team have acted for clients in matters in family law and estate ranging from divorces, division of matrimonial assets, custody of minor children in divorces or under the Guardianship of Infants Act, maintenance issues/applications, adoption of children, applications for appointment of deputies under the Mental Capacity Act, drafting of Wills and Lasting Powers of Attorney, applications for grants of Probate or Letters of Administration in estate matters, distribution of estate assets among contesting beneficiaries.