The Court’s decision stems from the Obama Administration’s adoption of the 2015 Clean Power Plan, and its subsequent repeal and replacement by the Trump Administration with the Affordable Clean Energy (ACE) Rule. The U.S. Court of Appeals for the D.C. Circuit vacated the ACE Rule in 2021, and in its decision embraced a broad interpretation of EPA’s regulatory authority embodied in the Clean Power Plan. West Virginia, along with a coalition of states and coal companies, appealed to the Supreme Court to reverse the D.C. Circuit’s decision. With the Supreme Court’s latest decision, West Virginia and its coalition have achieved their desired result.

In a 6-3 decision authored by Chief Justice Roberts and joined by Justices Thomas, Alito, Gorsuch, Kavanaugh, and Barrett, the Supreme Court determined that EPA did not have the authority under Section 111(d) of the CAA to regulate the composition of the nation’s energy portfolio, as it had attempted to do through the Clean Power Plan. The Court held that under its “major-questions” precedent, such consequential regulation must be based on clear congressional authorization, a standard that the Clean Power Plan did not meet.

The major questions doctrine, the Court explained, “took hold because it refers to an identifiable body of law that has developed over a series of significant cases all addressing a particular and recurring problem: agencies asserting highly consequential power beyond what Congress could reasonably be understood to have granted.”1 In one of the “significant cases” cited by the Court to explain the emergence of the major questions doctrine, the Court stated that it “expect[s] Congress to speak clearly if it wishes to assign to an agency decisions of vast economic and political significance.”2 In the instant case, the Supreme Court applied the major questions doctrine and held that the text of the CAA § 111(d)—which authorizes EPA to adopt “standards of performance” for existing sources reflecting the “best system of emission reduction” that has been adequately demonstrated—should not be read so broadly that it authorizes EPA to effectively command the reordering of the nation’s power sector.

In promulgating the Clean Power Plan, EPA had explained that it would “improve the overall power system by lowering the carbon intensity of power generation,” rather than promulgating rules that would improve efficiency at power plants.3 This view of EPA’s authority, Chief Justice Roberts wrote, “effected a fundamental revision of the statute.”4 He continued, “[w]e also find it highly unlikely that Congress would leave to agency discretion the decision of how much coal-based generation there should be over the coming decades.”5 Instead, “[t]he basic and consequential tradeoffs involved in such a choice are ones that Congress would likely have intended for itself”; and “[t]he last place one would expect to find [such authority] is in the previously little-used backwater of Section 111(d).”6 Moreover, Chief Justice Roberts noted that the Clean Power Plan essentially adopted a cap-and-trade scheme for carbon, a decision which Congress had consistently rejected. But, while the Court determined that the EPA exceeded its authority by regulating as outlined in the Clean Power Plan, the Court did not prevent the EPA from providing general regulation of CO2 emissions under the CAA.

Given the questionable grant of authority in Section 111(d), the Chief Justice explained that the Supreme Court’s major-questions precedent “counsels skepticism toward EPA’s claim that Section 111 empowers it to devise carbon emissions caps based on a generation shifting approach.”7 To overcome that skepticism, the Government must point to clear congressional authorization to regulate in that manner, which it did not do. In conclusion, Chief Justice Roberts explained: “[I]t is not plausible that Congress gave EPA the authority to adopt on its own such a regulatory scheme in Section 111(d). A decision of such magnitude and consequence rests with Congress itself, or an agency acting pursuant to a clear delegation from that representative body.”8 Notably, the majority decision does not discuss its impact on the continued viability of Chevron deference, the long-standing legal principle that requires courts to defer to agency interpretations of their empowering statutes, so long as those interpretations are reasonable. However, the major questions doctrine can be expected to have an impact on the application of Chevron deference moving forward, allowing for more situations where courts need not defer to agency action.

The reaction on Capitol Hill and from the White House was swift and along party lines. Congressional Republicans applauded the decision. Senate Republican Leader Mitch McConnell said the ruling “limited the power of unelected, unaccountable bureaucrats.” And Shelly Moore Capito, the top Republican on the Senate Environment and Public Works Committee, called the ruling “welcome news… that further proved that EPA overstepped its authority by imposing enormously burdensome regulations on states to reconfigure our electric grid despite Congress’s rejection.”

Congressional Democrats blasted the ruling. Senate Majority Leader Chuck Schumer said that the ruling “will cause more needless deaths … that will exacerbate the climate crisis and make our air and water less clean and safe.” And House Energy and Commerce Committee Chair Frank Pallone said “the Clean Air Act is emphatically clear that EPA has both the authority and the obligation to protect public health and regulate dangerous air pollution like greenhouse gases.”

Word from the White House was equally swift and direct with President Biden declaring that the decision “takes our country backwards… damaging our nation’s ability to keep our air clean and combat climate change.” In his 30 June statement, President Biden stated, “I will take action. My Administration will continue using lawful executive authority, including the EPA’s legally-upheld authorities, to keep our air clean, protect public health, and tackle the climate crisis.”9 As a result of the ruling, President Biden immediately directed the U.S. Department of Justice to find ways under federal law to address climate change and said he will keep pushing for additional Congressional action.

As a policy matter, the Supreme Court’s decision will play an important role in determining the direction of the Biden Administration’s future plans to combat climate change. The decision imposes a significant impediment to future EPA regulation of power sector carbon emissions, at least in the manner that EPA once envisioned. The Biden Administration has yet to propose such regulations, and the Supreme Court’s holding will undoubtedly influence the priority and content of future EPA regulatory efforts on this front. The decision will also cause the Biden Administration to look more carefully at other avenues, both executive and legislative, for achieving greenhouse gas reductions. But without the 60 votes in the Senate needed to break a filibuster, climate legislation is not a viable option at this time, leaving executive action as the most likely near term path for addressing climate change. 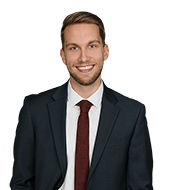