In a June 22, 2018 decision, the U.S. Supreme Court confronted the intersection between patent law and the increasing pace of globalization. With increasing frequency, accused infringers have been citing the presumption against extraterritorial application of U.S. patent laws to limit damage awards in global markets. In WesternGeco L.L.C. v. ION Geophysical Corp., [1] a 7-2 majority of the Court confirmed that the presumption against extraterritoriality does not preclude patent owners from recovering complete compensation for domestic infringement, even if the profits from that infringement arose as a result of subsequent conduct outside of the United States.

In a trilogy of cases decided over the last few years, the Federal Circuit used the presumption against extraterritorial application of U.S. patent law to limit damages awards. [2] By rejecting that approach and focusing on the location of the infringing conduct, the Supreme Court’s decision in WesternGeco enhances the likelihood that, in cases involving global markets, patent owners will recover full compensation for damages suffered from injurious conduct in the United States, regardless of where the damages arising from that injury accrued.

The claim of infringement in WesternGeco arose under 35 U.S.C. § 271(f), a statute enacted primarily to close a loophole in the Patent Act that left patent holders vulnerable to attempts to avoid infringement by moving abroad the mere final combination of components into a patented combination. [3] Specifically, § 271(f) provides that “whoever without authority supplies … from the United States all or a substantial portion of the components of a patented invention … to actively induce the combination of such components outside of the United States in a manner that would infringe the patent … shall be liable as an infringer.”

The precise question presented in WesternGeco was whether “lost profits arising from prohibited combinations occurring outside of the United States are categorically unavailable in cases where patent infringement is proven under 35 U.S.C. § 271(f),” but the rationale for the Court’s decision likely will expand the damages available to patent owners generally.

WesternGeco LLC (“WesternGeco”) sued ION Geophysical Corp. (“ION”) alleging that ION had infringed certain patents covering marine seismic survey systems, which are used to search for oil and gas under the ocean floor. The patented systems comprise an array of “streamers” (long floating cables filled with sensors) that can be steered laterally to maintain their spacing and to prevent them from tangling when pulled behind a boat. WesternGeco manufactures and sells products that practice these patents and also performs surveys using those products.

ION made and sold a competing product that helps control the steering of the streamers during marine seismic surveys. ION sold a number of these products to foreign entities that performed surveys using the products at sea, in a manner that would have infringed on WesternGeco’s patents if used in the United States.

At trial, the jury found that ION had infringed four WesternGeco patents under § 271(f) and awarded $93.4 million in lost profits, as well as reasonable royalty from the foreign uses ($12.5 million) and other remedies. [4]

On appeal of the damages award, the Federal Circuit reversed, holding that lost profits could not be awarded on surveys contracted and performed by foreign third parties entirely outside the United States, even where the use of ION’s components as part of the complete survey system would have constituted infringement if it had occurred within the United States. In reaching its conclusion, the Federal Circuit emphasized the presumption against extraterritorial application of U.S. patent law, emphasizing its view that lost profits award for foreign infringement constituted an improper extraterritorial enforcement of a U.S. patent.

After further litigation of other issues, the Supreme Court granted certiorari on the extraterritoriality issue and subsequently handed down its opinion on June 22, 2018.

The Supreme Court reversed the Federal Circuit. Justice Thomas wrote the majority opinion, focusing on 35 U.S.C. § 284, the provision that provides a general damages remedy for the various types of infringement identified in § 271. He reasoned that “[t]he portion of § 284 at issue here states that ‘the court shall award the claimant damages adequate to compensate for the infringement.’ We conclude that ‘the infringement’ is the focus of this statute.” He then turned to § 271 and determined that, in a case involving infringement under § 271(f)(2), the conduct at issue is domestic, i.e. the act of exporting components from the United States.” [5] Thus, it followed that, because “it was ION’s domestic act of supplying the components that infringed WesternGeco’s patents[,] . . . the lost-profits damages that were awarded to WesternGeco were a domestic application of § 284.” [6]

In dissent, Justice Gorsuch (joined by Justice Breyer) agreed that “WesternGeco’s lost profits claim does not offend the judicially created presumption against the extraterritorial application of statutes.” Nonetheless, he wrote that “permitting damages of this sort would effectively allow U.S. patent owners to use American courts to extend their monopolies to foreign markets,” and [t]hat, in turn, would invite other countries to use their own patent laws and courts to assert control over our economy.” He argued that the right to exclude granted under the Patent Act is limited to the United States and that accordingly “the infringement” for which damages are available under § 284 must be limited to infringing acts in the United States, such that foreign manufacture, use, or sale of a patented invention are never compensable.

Perhaps channeling the French tourist analogy from oral argument, Justice Thomas criticized the dissent as “wrongly conflat[ing] legal injury with the damages arising from that injury.” That analogy made the point that, if a French tourist is injured in an automobile accident in the United States, nobody would contend that his lost wages were not recoverable because those damages arose in France. Similarly, when the infringing conduct occurs in the United States, patent owners should now be entitled to recover damages arising from that domestic conduct regardless of whether such damage also involves conduct that occurs outside of the United States.

The consequences of the WesternGeco decision may be far-reaching.

First, while the case arose under § 271(f)(2), the Court’s rationale appears to apply equally to all acts of infringement under § 271. If, as Justice Thomas wrote, the “focus” of § 284 is “the infringement” and § 284 is intended to provide “full compensation” for “the infringement,” then, under § 271(a) for example, “the conduct relevant to” § 284’s “focus” would be the unauthorized domestic manufacture, sale, or use of the patented invention. As a result, damages arising from that conduct should not be barred by the presumption against extraterritorial application of U.S. patent laws. The majority’s rejection of Justice Gorsuch in dissent may strengthen that argument.

Second, WesternGeco provides support for patent owners to seek discovery of worldwide sales in a global market cases. Defendants have frequently declined to produce such information, arguing that it cannot be relevant as a matter of law, but WesternGeco now provides a basis to argue that worldwide sales can be evidence of the damages of domestic infringing actions.

Finally, in a cryptic footnote, the Supreme Court noted that this decision does not address “the extent to which other doctrines, such as proximate cause, could limit or preclude damages in particular cases.” Lower courts may grapple with this question, which Judge Wallach described in his dissent at the Federal Circuit as one of determining “the appropriate measure of damages must bear some relation to the extent of the infringement in the United States.” [7] It is unclear, however, whether this question differs materially from the question dictated by Aro Mfg. Co. v. Convertible Top Replacement Co., [8] i.e. how much the patent owner suffered as a result of “the infringement” (which is by definition a domestic act). 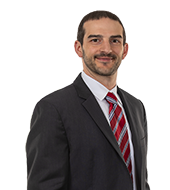