On 21 June 2021, in a narrow ruling, the Supreme Court held that courts may consider the generic nature of an alleged misrepresentation as evidence of a lack of price impact where defendants seek to rebut the presumption of reliance—established under Basic Inc. v. Levinson1—at the class certification stage.2 A court must consider this evidence even though it may also bear on the materiality of a statement, an issue which is reserved for the merits phase of the action.

The Supreme Court also clarified the burden that defendants must discharge in order to rebut the Basic presumption at class certification: Defendants bear the burden of persuasion to show a lack of price impact by a preponderance of the evidence.

On balance, the decision favors securities defendants seeking to defeat class certification. In cases where there is a mismatch between the generality of the misrepresentation and the specificity of the corrective disclosure, “it is less likely that the specific disclosure actually corrected the generic misrepresentation, which means that there is less reason to infer front-end price inflation—that is, price impact—from the back-end price drop.”3

Background and the Basic Presumption

The case arises from a putative securities class action in the U.S. District Court for the Southern District of New York under Section 10(b) and Rule 10b-5 of the Securities Exchange Act.4 Plaintiff shareholders alleged that Goldman Sachs Group, Inc. (Goldman) and three of its former executives committed securities fraud by making misrepresentations that caused Goldman’s stock price to remain inflated by preventing preexisting inflation from dissipating from the stock price.5 In particular, “Plaintiffs allege[d] that between 2006 and 2010, Goldman maintained an inflated stock price by making repeated misrepresentations about its conflict-of-interest policies and business practices.”6 The alleged misstatements included generic statements about Goldman’s ability to manage conflicts—for example, “[w]e have extensive procedures and controls that are designed to identify and address conflicts of interest”; “[o]ur clients’ interests always come first”; and “[i]ntegrity and honesty are at the heart of our business.”7

Plaintiffs alleged that these generic statements were false or misleading in light of several undisclosed conflicts of interest, and Goldman’s stock price dropped and shareholders suffered losses once the supposed truth about Goldman’s conflicts was revealed.8

Plaintiffs sought to certify a class of Goldman shareholders by invoking the presumption endorsed by the Supreme Court in Basic.9 The Basic presumption is premised on the theory that investors rely on the market price of a company’s security, which in an efficient market incorporates all of the company’s public misrepresentations. To invoke the presumption, a plaintiff must prove that: (1) the alleged misrepresentation was publicly known, (2) it was material, (3) the stock traded in an efficient market, and (4) the plaintiff traded the stock between the time the misrepresentation was made and when the truth was revealed.10 A class action plaintiff must prove the Basic prerequisites before class certification, with one exception: The Supreme Court previously determined that materiality should be left to the merits phase because it does not bear on the question considered at class certification, namely, whether common questions predominate.11 In this case, plaintiffs posited that Goldman shareholders relied on the “inflation maintenance” or “price maintenance” theory, in which the defendants’ generic purported misstatements regarding Goldman’s conflicts processes artificially maintained an already inflated stock price.

The district court certified the class, a decision that was initially vacated by the 2nd Circuit on the ground that defendants bear the burden of persuasion to prove a lack of price impact by a preponderance of the evidence, and the district court had erred by holding defendants to a higher burden of proof and by refusing to consider some of its price-impact evidence.15 Following remand of the case, the district court certified the class again under the standard set forth by the 2nd Circuit. The 2nd Circuit subsequently affirmed the decision in a divided opinion, holding that considering the generic nature of a statement at the class certification stage was inappropriate because it spoke to a statement’s materiality and is unrelated to the issue of whether common questions predominate over individual issues.16 However, in a dissent, Judge Sullivan noted his colleagues “miss[ed] the forests for the trees”17 and “the majority tiptoe[d] around the fact”18 that no reasonable investor would have attached any significance to the generic nature of defendants’ statements.19

Defendants sought review by the Supreme Court, arguing that the 2nd Circuit erred in two ways: first, by holding that the generic nature of the alleged misrepresentations is irrelevant to the price-impact inquiry; and second, by assigning Defendants the burden of persuasion—rather than the lesser burden of production—to prove a lack of price impact.20

The Supreme Court held that “all probative evidence” in assessing price impact at class certification should be considered, “regardless [of] whether the evidence is also relevant to a merits question like materiality.”21 The Supreme Court noted that “[t]he generic nature of a misrepresentation often will be important evidence of a lack of price impact, particularly in cases proceeding under the inflation-maintenance theory.”22 The Supreme Court remanded the matter back to the 2nd Circuit because it concluded that the 2nd Circuit’s opinion left sufficient doubt as to whether it had properly considered the generic nature of the alleged misrepresentations.

In addressing the burden that defendants must carry in order to rebut the Basic presumption, the Supreme Court provided additional clarity: Defendants bear the burden of persuasion to prove a lack of price impact by a preponderance of the evidence at class certification.23 In short, a defendant must do more than meet the burden of production by offering some evidence relevant to price impact; the defendant must carry the burden of persuasion by “sever[ing] the link between the alleged misrepresentation and . . . the price received (or paid)” by the plaintiff.24 The Supreme Court observed that to hold otherwise—and allow the burden to shift back to plaintiffs upon the mustering of any competent evidence regarding lack of price impact (such as the generic nature of the alleged misrepresentations) would negate “in almost every case” the Supreme Court’s prior holdings that plaintiffs need not directly prove price impact to invoke the Basic presumption.25

Goldman provides a tempered victory for defendants seeking to defeat class certification, particularly in price maintenance cases. In cases where there is a mismatch between the generality of the misrepresentation and the specificity of the corrective disclosure, a door has been opened for defendants to present arguments previously unlikely to gain traction at the class certification stage of the proceedings. 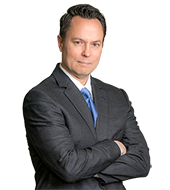