On 1 July 2021, the United Stated Office of Personnel Management, and the Departments of the Treasury, Labor, and Health and Human Services (collectively, the Departments) issued an Interim Final Rule1 (the IFR) implementing the No Surprises Act,2 enacted to ban surprise medical bills effective 1 January 2022. For out-of-network providers, the IFR bars health care providers who are not contracted to health plans from billing patients more than would be paid for in-network services in emergencies and in other specified nonemergency situations. Intended to provide patients protection against unanticipated medical expenses, the IFR will remove the predominant methodology used by health plans to pay out-of-network providers under the Affordable Care Act (ACA).3 For out-of-network providers, the IFR creates administrative complexity and can result in reduced reimbursement.

Prior to the No Surprises Act, the ACA enacted provisions requiring that any group health plan or health insurer that provides or covers emergency services hold harmless patients who see out-of-network providers as if these patients saw in-network providers. The regulations interpreting these provisions required group health plans and insurers to reimburse providers at the greatest of three enumerated amounts (the Greatest of Three Rule): (1) the rate generally reimbursed by the plan of insurance for out-of-network providers (i.e., the usual, customary, and reasonable amount), (2) the median in-network rate, or (3) the amount that would be paid under Medicare for the emergency service, taking into account the in-network copayment and coinsurance obligations. For over a decade, this methodology set a floor for out-of-network provider reimbursement, and providers have looked to this framework in anticipating payment amounts.

The No Surprises Act will effectively repeal the Greatest of Three Rule framework and replace it with a new reimbursement regime for emergency services, air ambulance services furnished by nonparticipating providers, and certain nonemergency services provided by nonparticipating providers at participating health care facilities.5 The No Surprises Act directs the Departments to establish through rulemaking the methodology that a group health plan or health insurance issuer offering group or individual health insurance coverage must use to determine the qualifying payment amount (QPA).6 However, the amount a plan pays to such a provider is separately determined. Under the IFR, the methodology for determining out-of-network rates will be based on:

The Departments intend to issue regulations soon regarding IDR entities and the IDR process.8

Under this new regime, reimbursement will be determined based on the existence of a relevant agreement or state law and, in the absence of either, by an IDR entity. Priority is first given to any applicable All-Payer Model Agreements executed between a state and the federal government. Under the Social Security Act, states are authorized to test innovated payment and service delivery models. The IFR details its impact on the Maryland and Vermont all-payer model agreements and the Pennsylvania Rural Health Model currently in place. This portion of the IFR at publication is irrelevant outside of these states.

Third, in states where the law does not govern out-of-network reimbursement, out-of-network rates will be determined either through agreement between the provider or facility and plan or issuer or through an IDR process if agreement cannot be reached. The Departments have indicated that a federal IDR process under the No Surprises Act will be implemented in future rulemaking “later this year”; however, they have thus far provided little detail as to how this IDR process will operate. The IDR entity will be required to utilize the “baseball-style” arbitration rules set by the No Surprises Act. In a “baseball-style” arbitration, each party offers a single payment amount to resolve the dispute, and the IDR entity selects one amount or the other with no ability to split the difference or arrive at any other conclusion. The IFR reiterates the requirement in the No Surprises Act for the IDR entity to consider the QPA when selecting between the offer submitted by a plan or issuer and the offer submitted by a facility or provider in order to determine the total payment for services furnished by an out-of-network provider.

The IFR will become effective 60 days after publication in the federal register and public comments must be made in this same time period.

The uncertainty surrounding the IDR process that is yet to be announced and the consideration of the QPA in the IDR process has potentially far-reaching consequences for provider reimbursement. By removing the predominant methodology used to calculate reimbursement rates of out-of-network providers and replacing it with the federal IDR process, providers will likely see a substantial impact on rate as the effective date of the No Surprises Act draws near.

K&L Gates’ health care practice routinely assists health systems, hospitals, and other providers and suppliers with legal advice and strategic considerations, including providing advice on reimbursement matters and preparing clients’ public comments on proposed and final rulemakings. Contact the authors of this article or another K&L Gates lawyer for assistance with the IFR or to receive updates on Medicare reimbursement.

2 The No Surprises Act was signed into law as part of the Consolidated Appropriations Act of 2021 (H.R. 133; Division BB – Private Health Insurance and Public Health Provisions).

6 IFR at 62. The IFR contains details regarding the manner in which the QPA is calculated. This includes defining a process to use contracted rates to establish the QPA as the median rate based on similar items and services, providers and facilities, and geographic regions. 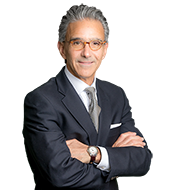 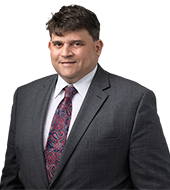 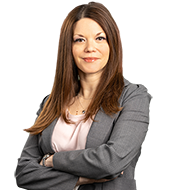