On May 12, 2020, the Federal Reserve Bank of New York (the “Fed”) released its initial draft of frequently-asked questions (“FAQs”) relating to the Term Asset-Backed Securities Loan Facility program under the CARES Act (“TALF 2.0”). The TALF 2.0 program is based on the TALF program launched by the Fed in response to the 2009 global financial crisis (“TALF 1.0”). Both programs have been designed to facilitate the rapid deployment of credit to consumers and businesses by financing purchases of asset-backed securities (“ABS”) and commercial mortgage-backed securities (“CMBS”).

(1) 10 percent owners of TALF 2.0 borrowers will be publicly disclosed.

The Fed will publicly identify each borrower and each Material Investor of a borrower. “Material Investor” refers to a person who owns, directly or indirectly, 10 percent or more of any outstanding class of a TALF 2.0 borrower.

Our Take: This is directly contrary to the Fed’s position in TALF 1.0. In TALF 1.0, the Fed took the position that, while Material Investors would be disclosed to a TALF borrower’s TALF Agent, and thus subject to review by the Fed, the Fed itself would protect such information from public disclosure. The new approach may dissuade investors from making larger investments (or in some cases investing at all) in funds that will borrow under the facility, and sponsors of TALF funds will need to consider this obligation when crafting fund disclosures and confidentiality provisions.

(2) Foreign governments may not own more than 10 percent of a TALF 2.0 borrower…

Borrowers that have a 10 percent foreign government owner(s) are not eligible borrowers under TALF 2.0.

(3) …nor may foreign governments own 10 percent of a TALF 2.0 borrower’s investment manager.

Similarly, an otherwise-eligible investment fund cannot borrow under TALF 2.0 if a foreign government owns 10 percent or more of the fund’s investment manager.

A TALF 2.0 borrower must certify that, among other things, it is “unable to secure adequate credit accommodations from other banking institutions.” The FAQs note that “[l]ack of adequate credit does not mean that no credit is available… [l]ending may be available, but at prices or on conditions that inconsistent with a normal, well-functioning market.”

Our Take: Other programs under Section 13 of the Federal Reserve Act require applicants to make similar certifications regarding the availability of credit from other sources. Those programs include the Commercial Paper Funding Facility, Municipal Liquidity Facility and the Primary Corporate Credit Facility, among others. These certifications make sense in the context of those programs because the Fed’s SPV is intended to act as the borrower’s lender of last resort in each of those facilities. The certification makes less sense in the context of TALF 2.0 borrowers, not least because TALF 2.0 borrowers are merely a conduit to provide funding to the ABS and CMBS markets to ensure liquidity for consumers and small businesses. Indeed, in the TALF 1.0 FAQs, the Fed had recognized this very distinction in exempting TALF 1.0 borrowers from similar requirements common in other programs during that era, such as limitations on executive compensation. It is not clear what purpose the certification requirement serves, particularly for borrowers that are investment funds. Nor, indeed, do the FAQs provide more than conclusory initial guidance about how the factual predicates of the certification can be met.

The FAQs do indicate that more guidance is forthcoming on this point. When there is more clarity, we expect to provide an update.

Our Take: The genesis of these limits is unclear, and there is no clear rationale for applying different limits to CMBSs and CLOs. Eligible CLOs were not eligible assets under TALF 1.0, but the restrictions on CLOs may make TALF 2.0 borrowers an impracticable source of liquidity for leveraged and syndicated loans.

We expect additional and substantial updates to the FAQs, including on several topics for which no guidance was provided in the initial FAQs. Please do not hesitate to contact any of the authors or your regular contacts at K&L Gates LLP for further insight into these FAQs and opportunities introduced by the TALF 2.0 program more broadly. 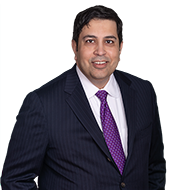