In In re Volcano Corp. Stockholder Litig., C.A. No. 10485-VCMR (Del. Ch. June 30, 2016), the Delaware Court of Chancery held that when a fully informed, uncoerced, disinterested majority in voting power of a target’s stockholders tendered their shares in a two-step tender offer, the business judgment rule irrebuttably insulated the transaction from challenge on any grounds other than waste. In so finding, the court extended recent Delaware rulings addressing the cleansing effect of a fully informed, uncoerced stockholder vote on a merger agreement to stockholder acceptance of a tender offer pursuant to a two-step acquisition completed under Section 251(h) of the General Corporation Law of the State of Delaware (the DGCL).  After Volcano, in noncontrolling stockholder transactions, the business judgment rule will apply to challenges to long-form mergers completed pursuant to the DGCL or a two-step tender offer completed under Section 251(h) of the DGCL, provided there is full disclosure and an uncoerced majority stockholder vote or tender.

Factual Background
In December 2014, the board of directors (the “Board”) of Volcano Corporation (the Company) approved an all-cash acquisition of the Company (the “Acquisition”) for approximately $1 billion.  The merger agreement provided for a two-step tender offer under Section 251(h) of the DGCL, which allowed for completion of the transaction without a stockholder vote because, among other things, the acquirer successfully consummated (i) a tender offer (the Tender Offer) for at least a majority in voting power of the Company’s shares and (ii) a back-end merger at the same price.  As required by Section 251(h) of the DGCL (“Section 251(h)”), the Board approved a merger agreement, providing for the two-step transaction, and after the requisite shares were tendered, the acquisition was consummated without a stockholder vote.

With respect to the applicable standard of review for evaluating the alleged breaches of fiduciary duty, defendants argued that a fully informed, uncoerced, disinterested stockholder approval of the first step of a two-step acquisition shifts the standard of review from intermediate scrutiny under Revlon, which generally applies when stockholders are cashed-out in a change-of-control transaction, to an irrebuttable business judgment rule standard.  Plaintiffs countered that (i) a majority tender does not have the same cleansing effect of a merger vote; (ii) even it if did, the business judgement presumptions could be rebutted by a breach of fiduciary duty showing; and (iii) regardless as to the theoretical cleansing effect, the effect was not applicable because the Company stockholders were not fully informed.

The court extended these recent decisions to two-step tender offers, concluding that stockholder acceptance of a tender offer under Section 251(h) has the same cleansing effect as a fully informed, disinterested, uncoerced majority vote in favor of a merger agreement.  The court analogized stockholder acceptance of a Section 251(h) tender offer to a vote in favor of a long-form merger, noting that (i) a target board’s role in negotiating, documenting, and approving a two-step tender offer, under Section 251(h), is substantially the same as its role in effecting a long-form merger under the DGCL because, in each case, the target board is required to approve and declare advisable a merger agreement; and (ii) the target board is subject to the same common law fiduciary duties.

The court then noted that Section 251(h) alleviated a concern that the first step in a two-step tender offer is more coercive than a stockholder vote in a long-form merger.  Under Section 251(h), the tender offer must be for all of the target’s outstanding stock, the consideration must be the same in both steps of the merger, and appraisal rights are generally available.  Additionally, the policy considerations underlying the cleansing effect of stockholder votes, such as the avoidance of judicial second-guessing of the informed decisions of stockholders, apply equally to two-step tender offers under Section 251(h).

The court found that the Company’s stockholders were fully informed, disinterested, and uncoerced, and that they tendered a majority of the Company’s outstanding shares in the Tender Offer.  Therefore, the business judgment rule irrebuttably applied to the Acquisition, and the Acquisition could only be challenged on the basis that it constituted waste.  Because the complaint failed to plead that the Acquisition could not be attributed to any rational business purpose, as required under the waste standard, the complaint failed to state a valid breach of fiduciary duty claim, and the court granted defendants’ motion to dismiss.

Implications
The court’s decision gives deal practitioners comfort that where for speed or other reasons they chose to structure an acquisition (not involving a controller) as a tender offer followed by a back-end merger under Section 251(h), challenges to the transaction will be reviewed under the same standard as a long-form merger, provided a majority in voting power of the fully informed, uncoerced stockholders tenders into the offer.

The court’s decision also puts a premium on full disclosures to stockholders, especially in light of In re Trulia, Inc. Stockholder Litig, C.A. No. 10020-CB (Del. Ch. Jan. 22, 2016).  First, absent plainly material disclosure violations (or a third-party bidder making a higher offer), plaintiffs will have difficulty obtaining pre-closing injunctive relief by bringing a strike suit and will also face an uphill battle in arguing for a substantial fee award in connection with the settlement of disclosure claims.  Second, following a successful long-form merger or Section 251(h) tender offer, defendants can be pretty certain that absent disclosure violations or coercion, they will be able to successfully dispense of the case on a motion to dismiss.  As noted by the Delaware Supreme Court, the vestigial waste exception has long had “little real-world relevance” given the challenges plaintiffs face when trying to show a transaction is wasteful. [3] 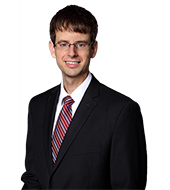