On January 30, 2020, the Commodity Futures Trading Commission (“CFTC” or “Commission”) approved a proposed rule (the “Proposed Rule”) for new and amended regulations concerning speculative position limits for derivatives. [1] For nearly a decade, the CFTC has proposed, amended, and re-proposed position limit rules and aggregation standards for speculative positions in certain physical commodity contracts and their economic equivalents. [2] Critically, the Proposed Rule would create new or modify existing federal limits for 25 physical commodity derivatives and economically similar contracts [3] and it would revise the definition of “bona fide hedging transactions or positions.” The Proposed Rule reflects the CFTC’s latest attempt to reconcile the derivatives markets’ need for bona fide hedging with its mandate to protect markets and their users from purely speculative financial activity that could adversely impact commodity pricing. [4]

For ease of reference, this Alert contains an Appendix A, which provides charts summarizing the 25 physically settled futures contracts covered by the Proposed Rule.

The Proposed Rule would apply federal position limits to a universe of 25 physically settled Core Referenced Futures Contracts (“CRFCs”) and their linked cash-settled futures, options on futures, and “economically equivalent” swaps (collectively, “Referenced Contracts”). All 25 CRFCs are listed in the table in Appendix A, and a brief summary of the Proposed Rules updates to CRFCs follows:

In addition, the Proposed Rule would subject any “economically equivalent swap” to federal position limits. An “economically equivalent swap” would include any swaps with “identical material” contractual specifications, terms, and conditions to a referenced contract, but disregards any differences due to (1) notional amount or lot size, (2) post-trade risk management arrangements, or (3) for physically settled swaps, delivery dates diverging by less than one calendar day. [8] Additionally, a market participant would generally no longer be allowed to treat a position or transaction as a bona fide hedge simply because it was entered into for “risk management purposes.” [9] This potential modification may significantly alter how swap dealers, asset managers, and other financial intermediaries utilize derivative contracts to mitigate their risks.

The Proposed Rule would also expand the list of enumerated bona fide hedges by including additional hedging practices such as anticipatory merchandising. In addition, market participants would no longer need to file Form 204 with the CFTC on a monthly basis to demonstrate cash-market positions justifying position limit overages. Instead, the CFTC would obtain access to cash-market information submitted by market participants when they file their applications to exchanges for exemptions from exchange-set limits.

[4] CFTC, Fact Sheet – Notice of Proposed Rulemaking on Position Limits for Derivatives (Jan. 30, 2020), https://www.cftc.gov/media/3376/NPRMPositionLimits_factsheet013020/download. The CFTC has stated that the Proposed Rule is intended to: (1) recognize differences across commodities and contracts, including differences in commercial hedging and cash-market reporting practices; (2) focus on derivatives contracts that are critical to price discovery and distribution of the underlying commodity, such that the burden of excessive speculation in the derivatives contract may have a particularly; and (3) reduce duplication and inefficiency by leveraging existing expertise and processes at Designated Contract Markets (each, a “DCM”).

[6] For example, the CFTC’s proposed definition of “economically equivalent swap” is generally consistent with the EU’s definition except for with respect to how “identical material” terms are measured. See Section II. Contracts Subject to the Proposed Federal Speculative Position Limits.

[8] The CFTC’s definition of “economically equivalent swap” is generally consistent with the EU’s definition except that the CFTC definition disregards differences in lot size, certain delivery date differences, and post-risk management arrangements.

[13] The financial distress positions exemption would allow a market participant to exceed federal limits during a potential default or bankruptcy situation and would only be available on a case-by-case basis. 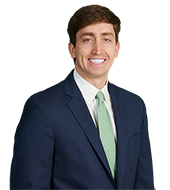