The Choice of Court Agreements Act 2016: Implications for Dispute Resolution in Singapore

The Convention will ultimately provide more certainty and cost savings for parties to an international agreement.  In particular, time, effort and considerable expense will be saved by requiring contracting states to stay or decline to hear the matter if the agreement has designated Singapore courts as having exclusive jurisdiction over any dispute.  This will potentially prevent long drawn out arguments on forum non conveniens.  Similarly, Singapore courts will be required to stay or decline a matter where another contracting states’ court has been designated as having exclusive jurisdiction.

The Convention also provides for the principle of mutual recognition of court judgments by requiring contracting states to give effect to judgments of the chosen court in the same way as if it were a judgment of their own court.  In effect, the Convention replicates the New York Convention on the Recognition and Enforcement of Foreign Arbitral Awards, by making court judgments automatically enforceable in another contracting state.  This is potentially a game changer when it comes to parties choosing to opt for litigation over arbitration.  Previously, the reciprocal enforcement of foreign judgments was provided for in Singapore via the Reciprocal Enforcement of Commonwealth Judgments Act and the Reciprocal Enforcement of Foreign Judgments Act.  The combined reach of both these acts extended to 11 countries (the Commonwealth states and Hong Kong respectively).  In marked contrast, the Convention applies to 28 states including the EU member states (save for Denmark) and Mexico.  Whilst the USA and Ukraine are signatories to the Convention they have yet to ratify it.

The CCAA is a positive and welcome boost to dispute resolution in Singapore as it provides parties with greater certainty and predictability in the enforcement of judgements obtained in the Singapore courts as well as increasing the number of jurisdictions in which such judgments may be enforced. 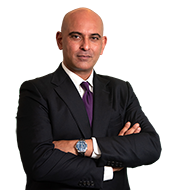