The Early Bird Catches the Worm – Or Does it?

The decision provides that deeming provisions (i.e. a provision in a construction contract that states that an early payment claim is deemed to be served on a later specified date) are ineffective under the SOP Act. These provisions do, however, remain valid under the contract.

The Contract provided that payment claims should be made monthly (on the 20th day of each month) and that "an early progress claim shall be deemed to have been made on the date for making that claim."

All Seasons made an adjudication application under the SOP Act and the adjudicator determined that an amount was payable to All Seasons from Regal (i.e. making a determination that the Payment Claim was valid).

Supreme Court Proceedings
Regal sought review of the adjudicator's determination. The matter came before Justice McDougall and the parties' positions were as follows:

Justice McDougall rejected All Seasons' contentions and found that the deeming provision created a "contractual fiction" or "fictitious state of affairs" which had no effect under the SOP Act. Justice McDougall stated that any approach to the construction or interpretation of the SOP Act that "has the potential to introduce uncertainty is to be avoided if at all possible." Accordingly, Justice McDougall held that the Payment Claim was not valid under the SOP Act (because a reference date had not in fact arrived) and the adjudicator did not have jurisdiction to deal with the Payment Claim.

What This Means for You
This decision has far reaching implications for participants in the building and construction industry and confirms that the early bird does not catch the worm regarding early payment claims under the SOP Act. By way of general reminder and incorporating some lessons learnt from this decision: 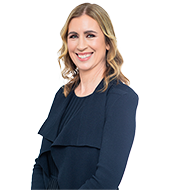