The End of LIBOR - Considerations for Corporates

Much information has been published in recent months on the discontinuation of The London Inter-bank Offered Rate (LIBOR) and what is to replace it. Set out below is a summary of what has happened and how it is likely to affect corporates.

Regulators have expressed concerns about the suitability of the LIBOR benchmark as far back as 2017, and the need for an alternative. Whilst LIBOR will continue to be available until the end of 2021, thereafter representative LIBOR rates (i.e., rates which represent the underlying market) will no longer be available other than for the overnight, one-month, three-month, six-month, and 12-month U.S. dollar LIBOR rates, which will continue to be available until at least 30 June 2023.

The working groups (being the primary coordinating bodies for the objective of achieving market-led transition) in each of the jurisdictions of the five LIBOR currencies (dollar, sterling, euro, Japanese yen, and Swiss franc) have identified their preferred alternative to LIBOR:

How Does it Affect Me?

As a first step, you should identify which of your pre-existing agreements use LIBOR, will continue beyond the end of 2021, and do not include a mechanism to transition from LIBOR to an appropriate alternative reference rate (either at a specified date before the end of 2021 (a switch mechanism) or following the discontinuation or unavailability of representative LIBOR rates (a fallback mechanism)).

LIBOR is not solely limited to loan agreements. It may also appear in commercial contracts, for example, as a reference rate to determine the default interest payable in the event of a breach under that contract.

The next step is to identify what the “fallback” is (if any) in those agreements that do not include a switch mechanism or a fallback mechanism. For example, in a loan agreement, which does not include a mechanism to transition to an appropriate alternative reference rate, the “fallback” may be lender’s costs of funds, which may result in a higher cost of borrowing.

If there is no “fallback” (as may be the case in a commercial contract where LIBOR is used to calculate the default interest rate) or the “fallback” is not an appropriate alternative reference rate, the relevant agreement will ideally be amended prior to the representative LIBOR rate ceasing to be available, so that the control of the economic terms remains in the hands of the parties.

Where necessary, you should commence discussions with the contract counterparty as to what amendments need to be made to the agreement, and what would be an appropriate alternative reference rate.

Although, with the exception of overnight, one-month, three-month, six-month and 12-month U.S. dollar LIBOR rates, representative LIBOR rates will no longer be available after the end of 2021, there are no immediate plans to cease publishing EURIBOR (Euro Interbank Offered Rate), and therefore, at least for the time-being, no changes will need to be made to references to, or the mechanics relating to, EURIBOR in pre-existing agreements.

Given the impending cessation of representative LIBOR rates, ideally any new agreement should not reference LIBOR. Instead, an appropriate alternative reference rate should be used at the outset.

In respect of sterling denominated facilities, the Working Group on Sterling Risk-Free Reference Rates (the Working Group) (being the primary coordinating body for the objective of achieving market-led transition in sterling markets) has recommended that, from the end of March 2021, sterling LIBOR should no longer used in any new lending or other cash products that mature after the end of 2021.

What are References to Sterling LIBOR to be Replaced With?

As noted above, the Working Group preferred alternative to sterling LIBOR is SONIA, although there are other alternatives in circumstances where this may not be appropriate, as explored in further detail below.

What do I Need to Know About SONIA?

This lack of certainty at the beginning of an interest period can create issues for a borrower from a cash management perspective, and may also raise issues in loan agreements that include forward-looking financial covenants, which take into account projected interest—for example, a projected interest cover ratio—as may be found in a real estate financing (as the amount of interest will not be known at the time the covenant is tested).

LIBOR includes a credit risk element, whereas SONIA does not, and therefore SONIA is generally lower than LIBOR.

Therefore, where LIBOR is to be replaced with SONIA in an existing agreement, in order to ensure, as much as possible, that there is no transfer of economic benefit between the parties as a result of that replacement, a credit adjustment spread should be added to the SONIA rate to account for the difference between the two rates.

There are two preferred alternative methodologies for calculating the credit adjustment spread:

If the transition from sterling LIBOR is based on the fallback mechanism, the recommendation from the Working Group is that the historical five-year median methodology be used.

Whilst the Working Group has looked at both of the above methodologies where the transition from LIBOR is based on the switch mechanism or an active amendment prior to the end of LIBOR, it has so far not recommended one methodology over the other for calculating the credit adjustment spread.

Is There an Alternative to SONIA?

Yes. Although SONIA will be an appropriate replacement in many instances, this will not be true in all cases.

It may be the case that SONIA is not appropriate for corporate loans or commercial contracts, for example where simplicity and/or payment certainty are key factors. Also, where an agreement that references LIBOR is entered into between two corporates, it is likely that they will not have the capability to calculate SONIA based rates.

In such circumstances, parties may wish to consider using a fixed rate or the Bank of England’s Bank Rate instead.

Similarly, the Working Group has found that SONIA (on a look-back basis) is likely to create operational difficulties for some loan types, for example trade and working capital products, export finance, and Islamic facilities. In such circumstances, it may be more appropriate to use a forward-looking SONIA rate. Although this rate is now available, it is the Working Group’s view that this should only be used in very limited circumstances.

A determination will need to be made on a case-by-case basis.

Even where an alternative to SONIA is used, the comments above regarding credit adjustment spread may be equally relevant.

There is likely to be some frantic activity in the months ahead as contract parties make the necessary amendments to their contracts in advance of the discontinuation of representative LIBOR rates. Where amendments are required, we would advise commencing discussions with contract counterparties as soon as possible. 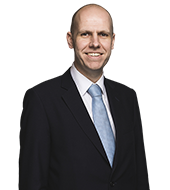