On 24 August 2021, Siemens Corporation announced a commitment to develop a new manufacturing facility in the United States to produce more than 1 million commercial and residential AC electric vehicle chargers within the next four years. The facility is expected to begin producing the VersiCharge Level 2 AC series in 2022 as part of Siemens’ eMobility solutions branch. Siemens has yet to identify a location for the facility, but it intends to select a site later this year.

On 15 August 2021, federal researchers at the National Institute of Standards and Technology (NIST) made a significant breakthrough in photovoltaic (PV) cell technology to capture artificial indoor light and convert that light to electricity. The NIST team used multiple types of PV cells to determine that even the most inefficient PV cell absorbed enough power from standard LED lights to charge and power Internet-of-Things (IoT) devices.

Low-light energy harvesting potentially presents a more efficient opportunity to power large sectors of infrastructure. The operation of IoT devices presents a unique opportunity, particularly for large commercial buildings that have LED lights constantly running, to eliminate the need to replace batteries in wireless devices. The ability for these indoor PV cells to charge at night also removes any daytime charging and power restrictions previously considered as a downfall to PV technology.

On 30 August 2021, the U.S. Department of the Interior announced that the U.S. Bureau of Ocean Energy Management (BOEM) will begin the permitting process for the Sunrise Wind offshore wind project. The project, developed by Eversource and Ørsted, is proposed to be built in a lease area in federal waters approximately 31 miles east of Montauk, New York; 19 miles south of Martha’s Vineyard, Massachusetts; and 17 miles offshore near Block Island, Rhode Island. Sunrise Wind is expected include 122 wind turbines and an installed capacity of between 880 to 1,300 megawatts. In total, the project will be capable of powering approximately 600,000 households. Additionally, the project will help New York meet its clean energy goal of achieving 70 percent electricity from renewable sources by 2030.

BOEM’s Notice of Intent to prepare an Environmental Impact Statement opens a 30-day public comment period on the proposed construction plan, with the comment period closing on 30 September 2021.

The Joint Venture is currently developing 28 biomethane RNG projects in five states. Chevron plans to buy the RNG produced by these projects and use it to power its own trucks, buses, and other vehicles that currently run on compressed natural gas. Expanding on these existing projects, both Chevron and Brightmark are now funding the construction and operation of 10 additional dairy biomethane projects at new sites in Iowa, Wisconsin, Michigan, and South Dakota.

Chevron is developing biomethane projects as part of its overall goal to reduce carbon emissions and increase its RNG production volumes in 2025 to 10 times that produced in 2020. The biomethane produced by the Joint Venture’s RNG projects is carbon-negative and aims to deliver environmental benefits while providing economic benefits for the Joint Venture’s dairy farm partners. 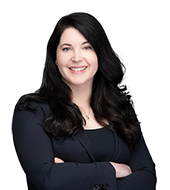