In Mylan Institutional LLC v. Aurobindo Pharma Ltd.,[1]  the Federal Circuit affirmed the district court granting a preliminary injunction based on infringement of U.S. Patent No. 9,353,050 (the product patent), directed to an isosulfan blue (“ISB”) compound in a purity “of at least 99.0% by HPLC,” but reversed the district court’s finding that Mylan Institutional LLC (“Mylan”) was likely to succeed in proving infringement under the doctrine of equivalents of patents covering a process for making ISB, U.S. Patent Nos. 7,622,992 and 8,969,616 (the process patents). The Federal Circuit’s reversal hinged on the district court’s deficient function-way-result (“FWR”) analysis on the process patents.

Background
ISB is a lymphatic imaging agent. It was developed and sold under a New Drug Application by Covidien Ltd. (“Covidien”) under the name Lymphazurin®.[2] Covidien was the sole supplier for over 30 years, but had supply problems throughout the early 2000s, and wound up developing its own ISB manufacturing process in 2010.[3]

In the meantime, around 2003, Apicore US LLC began developing an improved process for synthesizing ISB, and after partnering with Synerx Pharma LLC (“Synerx”), filed a patent application in 2007 that ultimately led to the process patents and the product patent.[4] The process patents are directed to a process for preparing ISB by reacting isoleuco acid with silver oxide, and the product patent is directed to an ISB compound having a purity greater than 99.0%, as measured by high performance liquid chromatography (“HPLC”).[5] Based on the claimed process, Synerx filed an Abbreviated New Drug Application (“ANDA”) to market a generic Lymphazurin®, which the FDA approved in 2010.[6] Mylan acquired Synerx in 2012 and is the exclusive licensee of the product and process patents and the ANDA product.[7]

Aurobindo Pharma Ltd., Aurobindo Pharma USA Inc., and Auromedics Pharma LLC (together, “Aurobindo”) entered the market after receiving FDA approval for their ISB generic in February 2016.[8] Aurobindo’s process used manganese dioxide, rather than silver oxide as claimed in the process patents, and resulted in ISB having 5–10% impurities, which was then purified to greater than 99.5% by preparatory HPLC.[9]

The District Court Decision
In May 2016, Mylan sued Aurobindo for infringement of the process patents and the product patent in the U.S. District Court for the Eastern District of Texas, and moved for a preliminary injunction.[10] In granting the injunction, the district court held that Aurobindo likely infringed the process patents under the doctrine of equivalents based on the court’s finding that the accused process using manganese dioxide was equivalent to the claimed process using silver oxide.[11] 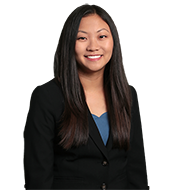