The Hong Kong Stock Exchange's Consultation: Conclusions on the Main Board Profit Requirement

The key concerns in the market mainly surround the impact of the Consultation Paper on the ability of small-to-medium sized enterprises (SMEs) and companies in traditional industries to list in Hong Kong. After careful consideration of all feedback, the Exchange has decided to:

This alert will examine the Exchange’s decision to increase the profit requirement, outline present concerns in the market regarding this decision, and propose a way forward.

Consultation on Increase of the Profit Requirement

Under Rule 8.05(1)(a) of the Main Board Listing Rules, the current minimum amount of profit attributable to shareholders of a new applicant is HK$20 million for the most recent financial year and HK$30 million in aggregate in the two preceding financial years (Profit Requirement).

In the Consultation Paper, the Exchange proposed to increase the Profit Requirement by either 150 percent or 200 percent, and also sought the market’s views on:

The majority of respondents to the Consultation Paper did not support the quantum of the proposed increase in the Profit Requirement or the urgency to implement such a proposal in 2021. The respondent’s key concerns included:

After careful consideration of the respondents’ feedback, in consultation with the Securities and Futures Commission, the Exchange has decided to modify the proposal as follows:

A Smaller Increase in the Profit Requirement

The Exchange has decided to increase the Profit Requirement by 60 percent, resulting in an aggregate profit threshold of HK$80 million. It also has decided to amend the profit spread to a 56/44 percent split such that the minimum aggregate profit required for the first two financial years of the track record period will be HK$45 million and that for the final financial year will be HK$35 million. This translates into an implied historical P/E ratio of approximately 14 times, which is in line with the average P/E ratio of the Hang Seng Index between 1994 and 2020.

The Exchange has indicated it is prepared to grant temporary relief from the Revised Profit Spread, but will only do so on a case-by-case basis, provided the listing applicant meets the Modified Profit Increase. It will not adopt a check-the-box approach or enumerate a fixed set of conditions precedent. Factors the Exchange has indicated it will consider include, among other things:

In response to market feedback about GEM, the Exchange will also launch a review of GEM Listing Rules and carefully consider the matters raised by respondents to the Consultation Paper, including comments relating to GEM’s positioning and the market perception of GEM. If this review concludes that changes to the GEM Listing Rules are necessary, the Exchange will publish a consultation paper to seek market feedback on appropriate reforms.

Should you wish to discuss anything in or related to this alert, please contact our Hong Kong capital markets team members. 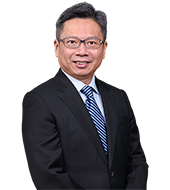 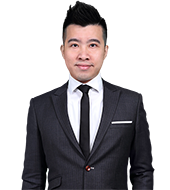