The Paris International Chambers should be considered a first-rate alternative for international clients whose pending or future disputes do not appear suited for resolution by an arbitral tribunal or by the courts of states from which the parties originate.

Here is the standard jurisdiction clause for the Paris International Chambers:

The procedure before these International Chambers is set out in detail below.

On February 7, 2018, two international jurisdictions were set up within the Paris Commercial Court and the Paris Court of Appeal, following the adoption by the Paris Bar Association and the relevant courts of two protocols designed to offer litigants a set of innovative and flexible procedural rules for the resolution of their international commercial disputes. [2]

The creation of these two international jurisdictions aims to confirm Paris as an attractive jurisdictional forum for foreign parties involved in disputes of an economic or commercial nature.

For that purpose, the protocols provide for an innovative application of French civil procedure rules that allows for more flexibility in the conduct of the proceedings, especially regarding the use of a foreign language, and places greater emphasis on evidence and oral testimonies, as prescribed under a common law approach.

In fact, many of the innovations brought about by the Protocols are already common practice in international arbitration.

The International Chamber of the Paris Commercial Court is composed of ten English-speaking judges who, because of their professional backgrounds as former company executives, have a thorough understanding of commercial and financial issues.

This chamber has jurisdiction to hear disputes of an economic and commercial nature with an international dimension and disputes that are governed by provisions of European law or foreign law. [3]

More specifically, it has jurisdiction to hear disputes regarding international commercial contracts and the termination of commercial relationships, transportations, unfair competition, and actions for damages arising from anti-competitive practices, as well as disputes related to transactions on financial instruments and products.

Its procedural rules
For the sake of efficiency, the proceedings before the International Chamber of the Paris Commercial Court are organized in close cooperation with the parties.

During a preliminary hearing, the parties may submit to the pre-trial judge a certain number of requests regarding the conduct of the proceedings, such as requests to hear witnesses or experts or requests for mandatory production of documents held by a party or third party. The pre-trial judge may then establish a procedural timetable in accordance with these requests and in agreement with the parties (Article 3).

The parties are thus entitled to debate before the pre-trial judge and agree beforehand on some pre-trial procedural matters, such as:

The language used during the proceedings (Article 2): Although all procedural documents (i.e., writ of summons, submissions) must be drafted in French, parties may produce exhibits in English without having to provide any translation, which will save time and expenses.

In addition, the protocol provides that the parties, witnesses, technical specialists (including experts), and foreign counsels—provided that the latter are qualified to plead before this tribunal—may speak and argue in English. [4]

Additionally, even though the protocol does not provide for it, the parties may agree on resorting to a stenographer, at their expense.

It should also be noted that the tribunal’s decision or the pre-trial judge’s orders are delivered with a copy of a sworn English translation, which the tribunal’s clerk undertakes to provide and the cost of which is included in the cost of the proceedings.

The administration of evidence (Article 4): Inspired by the common law procedure, the protocol places great emphasis on evidence and provides parties with various procedural tools to secure evidence:

The pre-trial judge may order ex officio, or at a party’s request, that a witness, party, or expert be called to testify. Witness and expert hearings shall take place on the basis of a written statement from them that may be typed. If a witness or expert has a legitimate reason not to attend the hearing, his or her written statement may still be considered by the judge. If not, the judge may draw adverse inferences from his or her absence. Each party will ensure that witnesses or experts requested to attend the hearing are given sufficient notice and will advance any of those witnesses’ or experts’ costs.

The pre-trial judge carries out the hearing of parties, witnesses, or experts by asking any questions he or she deems relevant about all the legally admissible factual evidence. Based on the common law procedure of witness examination and cross-examination by the opposing counsel, the protocol also provides that the parties, witnesses, or experts may be invited by the pre-trial judge to answer questions that the parties wish to ask them.
Decisions rendered in the first instance by the International Chamber of the Paris Commercial Court may then be appealed before the International Chamber of the Paris Court of Appeal.


The new International Chamber of the Paris Court of Appeal is composed of panels of three English-speaking judges who have prior experience in adjudicating international commercial disputes.

The procedural rules concerning the language used during the proceedings, the translation of exhibits and oral debates, and the administration of evidence are identical to those outlined above, which govern the proceedings before the International Chamber of the Paris Commercial Court.

However, greater emphasis is placed before this chamber on the preliminary phase designed to coordinate pre-trial procedural matters before the case is heard by the court. Such a preliminary phase is conducted by a pre-trial judge (referred to as the “Conseiller de la mise en état”) and requires at least three procedural hearings:

These two new International Chambers should also benefit from the prominent position that Paris already holds in international arbitration.

Renowned for its knowledgeable handling of complex transnational commercial disputes before both state courts and arbitral tribunals, the K&L Gates litigation and arbitration team in Paris is at your disposal to answer any questions that you may have about the proceedings before the International Chambers.

[1] Wording of jurisdiction clause provided by “Paris place de droit”: Click here
[2] The two Protocols are available in their English version here: Paris Commercial Court Protocol; Paris Court of Appeal Protocol
[3] Article 1 of the Protocol dated February 7, 2018.
[4] Indeed, pursuant to Article 3 of the French Civil Procedure Code, “The judge supervises the proper progress of the proceeding; he has the authority to define the time-limits and order the necessary measures.”
[5] The parties may only request the production of precisely identified categories of documents in order to avoid any “fishing expedition.”
[6] Third-party affidavits or statements may be typed (instead of being handwritten) if the parties waive claims to any defect of form in this respect. 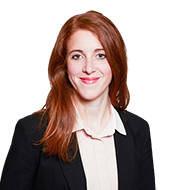