The Italian Reform of Transport and Freight Forwarding Contracts

On 14 January 2022, the reform of the Italian Civil Code (ICC) concerning transport and freight forwarding came into force. The reform was introduced by Article 30-bis of Law Decree no. 152 of 6 November 2021 (containing, inter alia, urgent provisions for the implementation of the National Recovery and Resilience Plan), as added by conversion Law no. 233 of 29 December 2021.

The main changes introduced by the reform are related to the carrier’s limitation of liability for loss or damage to transported goods pursuant to Article 1696 ICC, the definition of “freight forwarder,” and some of the main obligations of the freight forwarding contract.

The Carrier’s Liability for Loss or Damage to Transported Goods

The first matter addressed by the reform is the transport contract and, in particular, the carrier’s liability for loss or damage to transported goods.

As known, paragraph 2 of Article 1696 ICC, introduced by Legislative Decree no. 286/2005 concerning road transport of goods, limits the carrier’s liability for damages to €1 for kilogram of gross weight of lost or damaged goods in case of domestic road transports and to the amount provided by paragraph 3 of Article 23 of the CMR Convention (i.e., 8.33 SDR per kilogram of gross weight short) in case of international road transports. The reform expressly introduced also a reference to air, maritime, river, and rail transports, clarifying that these kinds of transports are subject to the limitations of liability provided by the applicable international conventions and national laws to the extent the related requirements are met.

In any case, the provision of Article 1696 ICC according to which the carrier may not invoke any limitation of liability in case of gross negligence or willful misconduct remains unchanged.

According to a settled caselaw, the reform also amended Article 1741 ICC, extending the application of the limitation of liability for damages under Article 1696 ICC also to freight forwarders acting as carriers.

The new provision may have a significant impact on demurrage and detention disputes: By entering into contracts in the name and on behalf of the shipper, the freight forwarder should no longer be charged with liability in case of claims by carriers for failure of the shipper to comply with its contractual obligations.

Right of Retention and Special Lien of the Freight Forwarder

According to a settled caselaw, the reform has also specified in paragraph 1 of Article 2761 ICC that the carrier and the freight forwarder may also exercise such lien on goods related to other transport or freight forwarding contracts than the one from which the claim has arisen to the extent such contracts are part to the same contract for periodic or continuous services.

The Italian legislature did not accept the proposed amendments to Article 1740 ICC, which would have clarified that the parties of a freight forwarding contract are free to determine the fees due under the contract, thus renouncing the assessment of such fees by professional tariffs.

There are thus a few issues that remain open still after the reform, especially as regards the allocation of risks of third-party misbehavior. Costs for storing goods at destinations not covered by the shipper can be a significant burden that the reform may have regulated in favor of the freight forwarder. 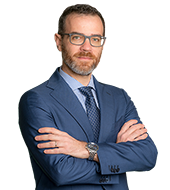 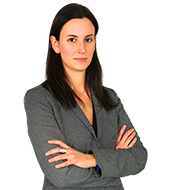 Find more items tagged as: Litigation and Dispute Resolution, Policy and Regulatory, Transportation and Logistics
Return to top of page