The new Unitary Patent System is expected to go into effect in the spring of 2017. This system will bring a groundbreaking change to the European patent landscape as it allows patentees to apply for a European Patent with unitary effect (so called Unitary Patent “UP”) which will provide uniform protection and equal legal effect in up to 25 EU member states (excluding Croatia, Poland and Spain). Furthermore, the UP will be enforceable across Europe with just one action before the new Unified Patent Court (“UPC”). At the same time, the UP will be vulnerable to a central revocation action before the UPC.

Current state
Until now, patentees could only apply either for national patents or for traditional European Patents (“EPs”) in those states that signed the European Patent Convention (currently 38 countries). However, traditional EPs are basically bundles of independent, nationally-enforceable and nationally-revocable patents. EPs are considered to be rather costly because they require both numerous translations and the payment of annual renewal fees for each designated state. A further disadvantage of EPs is that they have to be enforced in all signatory states separately.

Future procedure
To overcome these disadvantages, future EP applicants will be able to file a request for unitary effect within one month after publication of the mention of grant of the EP in the European Patent Bulletin. Filings will still be handled by the European Patent Office (“EPO”) and may be submitted in English, French or German. In the initial transitional period of 6 years (extendable to up to 12 years), one additional translation is required whereby one of the two languages has to be English. By not requiring translations into the language of each contracting state and by providing for a single renewal fee for all 25 contracting states, the Unitary Patent System aims to significantly reduce the costs for patent protection in Europe. Renewal fees will amount to EUR 4.684 for 10 years and EUR 35.555 for the entire patent lifetime of 20 years.

The Unitary Patent System will affect existing traditional EPs by providing for a new uniform substantive law and by submitting EPs to the UPC’s exclusive jurisdiction. Consequently, EPs will also be centrally enforceable and revocable in all designated member states with just one single action. However, during a transitional period of 7 to 14 years actions relating to EPs may be brought either before national courts or the UPC (choice of forum).

Furthermore, patentees may use this transitional period to opt their EPs out of the new system – thus excluding both the new substantive law and the UPC’s jurisdiction. An opt-out may be withdrawn by the patentee (“opt-in”). However, it must be noted that both the opt-out and the opt-in are barred once an action relating to the EP is pending before either the UPC or a national court. Consequently, preemptive actions (for revocation or declaration of non-infringement) lodged shortly after the UPC comes into effect could prevent the EP proprietor from opting out. To address this issue, the Rules of Procedure of the UPC provide for a “sunrise period” to allow proprietors to opt out EPs before the new Unitary Patent System goes into effect. Opt-outs performed during this period are deemed effective from the date of entry into force of the Unitary Patent System. The sunrise period is currently expected to start in the second half of 2016.

What should be done in advance? 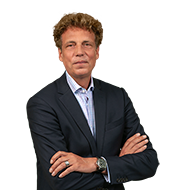