Pharma and Biopharma Litigation Alert
By: Elizabeth J. Weiskopf, Jackson Ho
On April 4, 2017, in Novartis AG v. Noven Pharmaceuticals, Inc.,[1] the Federal Circuit affirmed the Patent Trial and Appeal Board’s (“PTAB’s”) holding that various claims of U.S. Patents 6,316,023 and 6,335,031 (“the Patents at Issue”) were obvious over the prior art despite prior judicial opinions to the contrary.  In affirming the PTAB, the Federal Circuit held that prior district court decisions were not binding on the PTAB even when affirmed by the Federal Circuit.  The Federal Circuit rejected Novartis’s assertion that it was fundamental legal error for the PTAB to reach a different conclusion than the Federal Circuit and the U.S. District Court on substantially the same arguments and prior art because the record before the PTAB was different.  The Federal Circuit further stated that even if the record had been the same, Novartis’s argument would have still failed because the burden of proof is different—a petitioner in an inter partes review (“IPR”) proves unpatentability by a preponderance of the evidence rather than by clear and convincing evidence as required in district court litigation.

Background
We have previously reported that post-grant challenges before the PTAB have quickly become part of the intellectual property strategy of many companies because petitioners enjoy cost, efficiency, and procedural advantages over district court litigation and ex parte reexamination.[2]  For generic pharmaceutical companies, however, the strategy can be more complex.  In addition to patents, generic companies have to account for the Food and Drug Administration (“FDA”) exclusivity provisions that a PTAB proceeding can impact, including 180-day first generic filer exclusivity and its forfeiture provisions.  This case offers another point in favor of PTAB proceedings from the challenger’s perspective—the PTAB can invalidate a patent, even after a district court has deemed that patent not invalid, because it applies a lower burden of proof than the district court.

The ’023 patent and the ’031 patent are listed in the FDA Orange Book for Novartis’s Exelon® Patch (rivastigmine transdermal system) product.  Exelon® Patch is used to treat dementia associated with Alzheimer’s disease and Parkinson’s disease.  The Patents at Issue generally disclose a pharmaceutical composition comprising rivastigmine in a free base or acid addition salt form and an antioxidant.

The validity of the ’023 and ’031 patents was challenged in both the U.S. District Court for the District of Delaware (“District Court”) and in IPRs.[3]  The District Court found the patents not invalid for obviousness over certain prior art references after trial because oxidative degradation of rivastigmine in a pharmaceutical formulation was not known or reasonably suggested in the prior art and a person of ordinary skill in the art would not have been motivated to add an antioxidant to any formulation unless there was evidence of oxidative degradation.[4]  The Federal Circuit affirmed the District Court’s findings.

In parallel IPR proceedings, Noven challenged the validity of the Patents at Issue using similar arguments and evidence presented in the District Court, but included additional prior art and different expert declarations and testimony.  The PTAB found that various claims of the Patents at Issue were invalid relying on a factual finding, regarding motivation to combine, at odds with prior judicial opinions—that a person of ordinary skill in the art would not have waited to add an antioxidant until discovering degradation during testing, but would have assessed a compound’s structure in advance of testing to determine whether an antioxidant should be added.

The Federal Circuit Decision
Novartis appealed the PTAB’s decision including the PTAB’s conclusion that prior judicial opinions did not control its inquiry and the PTAB’s factual findings in support of its obviousness conclusion.

Novartis first argued that it was legal error for the PTAB to reach a different conclusion than the prior judicial opinions, which address the “same” arguments and the “same” evidence and found the asserted claims of the patents non-obvious.  The Federal Circuit rejected Novartis’s argument because the record before the PTAB differed from that in the prior litigations.  The Federal Circuit further stated that even if the record had been exactly the same, Novartis’s argument would have still failed as a matter of law because a petitioner in an IPR proves unpatentability by a preponderance of the evidence rather than by clear and convincing evidence required in district court litigation.

Novartis also challenged the PTAB’s factual finding that a person of ordinary skill in the art would have predicted that rivastigmine had the potential for oxidative degradation based on its chemical structure.  According to Novartis, its expert testified that the chemical structure cannot alone inform whether a compound has the potential for oxidative degradation.  The Federal Circuit rejected Novartis’s argument because the Federal Circuit refused to give Novartis’s expert testimony greater weight than the PTAB had given it.

Looking Forward
Filing an IPR alongside a litigation can offer a second chance at invalidating patent claims, and is becoming an important consideration in a patent litigation strategy.  While an IPR or Post-Grant Review (“PGR”) offers a second chance at invalidating patent claims and offers a lower burden of proof, patent challengers should proceed carefully.  A final decision in IPR or PGR will have an estoppel effect on invalidity arguments made in District Court.  In the Novartis case, Noven only got a second chance because the final decision in the IPR proceeding was issued after the decision in the District Court and Federal Circuit.

[4] Obviousness is a question of law based on underlying findings of fact including (1) the scope and content of the prior art, (2) differences between the prior art and the claims at issue, (3) the level of ordinary skill in the art, and (4) secondary considerations, such as commercial success, long felt need, failure of others, and unexpected results.  Novartis, Nos. 2016-1678, 2016-1679, Slip. Op. at 3–4.  The obviousness inquiry also includes underlying factual findings regarding whether a person of skill in the art would have been motivated to combine the prior art to achieve the claimed invention.  Id. at 9. 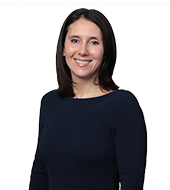