Four years after the enactment of the new Qatar Arbitration Law (Qatar Law No. 2/2017), the Qatar International Court at the Qatar International Court and Dispute Resolution Centre (QICDRC)—or, to use its formal title, the Civil and Commercial Court of the Qatar Financial Centre (QFC) (the QFC Court)—has clarified its jurisdiction under the new Qatar Arbitration Law.

In a “Note on Ruling” dated 17 March 2021, the First Instance Circuit of the QFC Court noted that parties are permitted to choose the QFC Court as the “Competent Court” under the new Qatar Arbitration Law. The “Competent Court” will, for example, provide judicial assistance to support the arbitration, throughout its life cycle—such as assisting with appointing arbitrators before it has started, taking of evidence or preserving assets during the arbitration, or hearing challenges to an award once published. Practitioners in Qatar have warmly welcomed the publication of this helpful note from the QFC Court and have observed that this note may help to reduce the incidence of potentially costly jurisdictional challenges.

One notable innovation of the new Qatar Arbitration Law is the inclusion of the QFC Court as one of the supervising courts for arbitration proceedings. Although many practitioners considered the law had been clearly written, enabling parties to specify the QFC Court as “competent court,” other commentators responded by noting that parties cannot opt in to the jurisdiction of the court if they wish to litigate their disputes. For litigation, parties can only opt in to the QICDRC’s jurisdiction where at least one of them is a QFC-registered entity.

Thanks to this additional clarity, parties can now feel confident when choosing the QFC Court as the competent court in arbitrations conducted under the new Qatar Arbitration Law. Particularly where their arbitrations are in the English language, parties may wish to consider agreeing to the QFC Court as the competent court in their arbitration agreements or (if that is not possible) doing so at an early stage of the arbitration. That way, they can access an English language, common law-style court when they are applying to a court for judicial assistance in connection with the arbitration.

If parties do not expressly agree to choose the QFC Court as the competent court, the prevailing view among Qatari practitioners is that the Court of Appeal in the Civil Division of the Qatari Courts will exercise jurisdiction by default. The Court of Appeal is part of the Qatari court system—and some parties may wish to choose this, particularly if they prefer civil courts or wish their applications to be heard in the Arabic language. 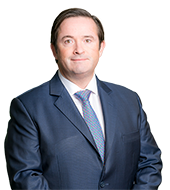 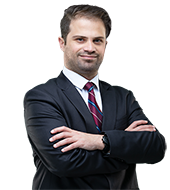