A further round of changes to the 457, employer nominated permanent residency and other migration programs came into effect on 1 July 2017 as part of the overall migration reform announced by the Australian Government on 18 April 2017.

Similar to the previous changes, this round includes changes to some key criteria of the relevant visas, which can significantly affect eligibility of applicants, including a number of applicants who lodged their applications before 1 July 2017. Employers who have 457 visa holders or applicants in their workforce should familiarise themselves with these changes.

The detailed changes that came into effect on 1 July 2017 are further outlined below. While changes were introduced to a range of visas, this alert focuses on the changes to the Temporary Work (Skilled) visa (subclass 457) and the Employer Nominated Scheme visa (subclass 186).

This alert is number 3 in our alert series on the 457 changes. Alerts number 1 and 2 can be found on our website or the following links:

Changes to the skilled occupation lists
Additional changes have been made to the Medium and Long-term Strategic Skills List (MLTSSL) and the Short-term Skilled Occupation List (STSOL), namely:

A list of the 12 occupations removed in the July changes can be found on the Department of Immigration and Border Protection's website here.

Other visa-specific changes
In addition to the changes to the occupation lists, further changes to visa requirements were also introduced to a number of visa subclasses.

Transitional Arrangements
Most of the changes only affect applications lodged on or after 1 July 2017 with the exception of the following (which will impact upon pipeline applications that are lodged before 1 July 2017 but not yet finally determined):

Due to the number of changes that came into effect on 1 July 2017 and the amount of detailed information released by DIBP, this article is only a summary of the important changes and is not to be used as a comprehensive guide to all July 2017 changes or in place of formal legal advice. We recommend that organisations and individuals affected by the changes seek professional migration advice.

We continue to monitor the implementation of the changes including any clarifications released by DIBP in response to industry queries arising from the changes. We are ready to assist employers to understand the impact of these changes and how to strategise while remaining compliant when meeting their labour needs with overseas workers. 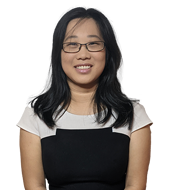