The Singapore Convention on Mediation: A Primer

What is the Aim of the Singapore Convention?

The Singapore Convention on Mediation, formally known as the United Nations Convention on International Settlement Agreements Resulting from Mediation, was adopted by the UN General Assembly in December 2018 with the aim of facilitating international trade and commerce by enabling disputing parties to easily enforce and invoke settlement agreements across borders.  On 7 August 2019, the Singapore Convention will be open for signature in Singapore.

Similar to the Convention on the Recognition and Enforcement of Foreign Arbitral Awards (New York, 1958) (the “New York Convention”) the Singapore Convention provides a uniform and efficient framework for the enforcement of international settlement agreements resulting from mediation and for allowing parties to invoke such agreements. The framework ensures that a settlement reached by parties becomes binding and enforceable in accordance with a simplified and streamlined procedure.

Mediation has been gaining traction as an alternative form of dispute resolution, given its greater perceived cost and time efficiency as opposed to litigation and arbitration. That is, mediations are often concluded within a single day or over a few days, allowing parties to save on legal costs that would be incurred over a long-drawn litigation or arbitration. The possibility of a quick resolution is also valuable for parties whose businesses are extremely time-sensitive.

Mediation is also known for its flexibility. The mediator’s role is not to adjudicate, but to facilitate discussions between disputing parties with the aim of arriving at a mutually acceptable solution. This offers parties the possibility of preserving their business relationships, and parties can agree on both legal and non-legal solutions that are forward-looking and tailored to their interests and needs.

Previously, an often-cited reservation to the use of mediation was the lack of an efficient and harmonized framework for cross-border enforcement of settlement agreements resulting from mediation. The introduction of the Singapore Convention squarely addresses this issue and should allay the concerns of many who have been hesitant to mediate.

Key Features of the Singapore Convention

The Singapore Convention will apply to international commercial settlement agreements resulting from mediation:

The courts of a party to the Singapore Convention will be expected to handle the following applications:

The Singapore Ministry of Law and the United Nations Commission on International Trade Law will be co-hosting a Signing Ceremony and Conference on 7 August 2019 at the Shangri-Law Hotel in Singapore, where you can learn more about the Singapore Convention and how it will work.  The conference will include the four following panels and conclude with a Gala dinner.

Panel 1: Multilateralism, International Collaboration and Rule of Law in an Evolving World
Lunch-time Panel: The Negotiation of the Convention on Mediation
Panel 2: The Future of International Dispute Resolution: Challenges and Opportunities for Access to Justice
Panel 3 : The Rise of Mediation: Bridging Differences for Tomorrow 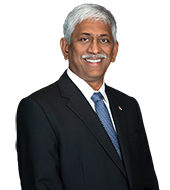 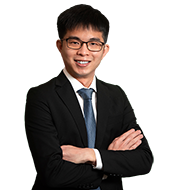