The Sumal Case or the Liability of Subsidiaries

On 6 October 2021, the Court of Justice of the European Union (CJEU or the Court) issued a judgment in case C-882/19 following a request for a preliminary ruling by the Court of Appeal of Barcelona (the Referring Court).

The CJEU´s ruling could prove to have a real practical impact for victims of competition law breaches since it may open the door to suing a domestic subsidiary of a cartel member. The Court ruled that the victim of an anticompetitive practice had to be able to claim compensation from the subsidiary established in its member state for the damage caused by the conduct of the parent company (which had been sanctioned by the Commission), provided that:

The EU Commission had imposed a record fine of €2.93 billion on the leading European truck manufacturers for a 14-years’ duration cartel involving agreements on the sale prices of trucks (decision adopted on 19 July 2016). One of the cartel members was the parent company of the defendant in the case at hand.

The claimant, a Spanish truck company asked the Spanish courts to order the defendant (Spanish subsidiary that had not been mentioned in the decision of the EU Commission)  to pay the sum of €22,204.35 in damages. The first instance court dismissed the case, and the Spanish truck company appealed to the referring court, which stayed the proceedings and referred the four following questions to the CJEU, in essence:

On the first three questions, the CJEU ruled that “the victim of an anticompetitive practice by an undertaking may bring an action for damages, without distinction, either against a parent company who has been punished by the Commission for that practice in a decision or against a subsidiary of that company which is not referred to in that decision, where those companies together constitute a single economic unit” (pt.31).

To demonstrate such “economic unit," the plaintiff will have to demonstrate—whether by relying on a decision adopted by the Commission under Article 101 of the Treaty on the Functioning of the European Union (TFEU) or by any other means (“in particular where the Commission has remained silent on the point in that decision or has not yet been called upon to adopt a decision”)—:

Here, the CJEU required the victim to establish that the same products subject of the anticompetitive practice were marketed by both the parent and subsidiary companies (pt.52).

CJEU pointed out that:

On the fourth question, the CJEU answered by stating that:

The CJEU has thus reaffirmed its broad understanding of “economic unit”—this time not only for an extension of responsibility and liability from subsidiary to parent, but also the other way around, a concept rather foreign to quite a few member states, which look at individual company´s fault and only extend liability to other group companies on the basis of control considerations.

It is also worth noting that the General Data Protection Regulation (GDPR) also refers to Article 101 TFEU for its definition of responsibility for fines within a group of companies: the data protection authorities, in order to set administrative fines, rely on the provisions of Article 83(5) GDPR setting the maximum possible amounts and Recital 150 GDPR provides that “Where administrative fines are imposed on an undertaking, an undertaking should be understood to be an undertaking in accordance with Articles 101 and 102 TFEU” (implying that the competition law and data protection practices share the same broad interpretation of the notion of “undertakings;" i.e., economic units.) 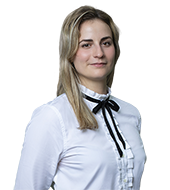