The Times They Are a-Changin’: California Passes Game Changing Law to Allow Collegiate Athletes to Be Paid

When Bob Dylan wrote the lyrics to his famous song “The Times They Are a-Changin’” in 1964, he did so in the midst of the civil rights movement and the Vietnam War. But these words ring especially true today regarding the state of amateurism in college sports in the wake of a first-of-its-kind law signed by California Governor Gavin Newsom. The new law, dubbed the “Fair Pay to Play Act” (the “Act”), will prohibit most colleges in California from preventing a collegiate athlete from receiving compensation for commercial use of their name, image, or likeness. College student athletes in the United States have long been forbidden from receiving any sort of compensation from these kinds of endorsements. Flanked by basketball stars LeBron James and Diana Taurasi, Governor Newsom signed the legislation on the HBO show The Shop: Uninterrupted®.

The Main Takeaway: The Act makes it illegal for a California college or university to prohibit their student athletes from earning money from the use of their name, image, and likeness. Under this new legislation, a collegiate athlete could sign a personal endorsement deal provided that this deal does not conflict with any existing arrangements already in place with the student athlete’s university. For example, a basketball player could not sign a deal with an apparel company if the school has an existing deal with a competitor. The Act also allows student athletes to sign with an agent (while still enrolled) to help source endorsement deals and monetize their name, image, and likeness rights.

How This Changes the Status Quo: The National Collegiate Athletic Association (“NCAA”) has extensive and strict rules that generally prohibit most student athletes from collecting any compensation related to their status as a collegiate athlete at their school. This new law prohibits the NCAA from barring a university from competition if its athletes have been compensated from the commercial use and exploitation of their name, image, or likeness.

When Does This Act Take Effect? The Act will not take effect until January 1, 2023, meaning that, at most, only current college freshman are likely to be affected. This may also give the NCAA and others time to challenge the Act.

The NCAA’s Response: In response to the passage of the Act, the NCAA signaled a concern with a “patchwork” of different laws that would make “unattainable the goal of providing a fair and level playing field.” The NCAA criticized the Act by alleging that it has already created confusion in California and throughout the country. Earlier this year, the NCAA convened a working group to study issues related to student athletes’ commercial use of their name, image, and likeness. This group is expected to submit a final report to the NCAA Board of Governors later this fall.

What Comes Next: With the law not slated to take effect until 2023, there is much that could change in the intervening years. First, there will be inevitable legal challenges to the validity and enforceability of the Act. Second, there are numerous “copycat” pieces of legislation that will be debated throughout the country. New York and South Carolina are considering similar laws to allow collegiate athletes to be compensated for their name, image, and likeness, and other states are expected to follow suit. Third, there could be a relaxation of the NCAA rules or even federal legislation that would preempt the Act.

While there remains much uncertainty regarding the effect of the Act, it is clear that this legislation is a shot across the bow of the current model of amateurism in collegiate sports in this country. 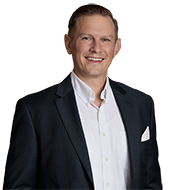