The Ministry of Human Resources and Emiratisation (MoHRE) announced that its landmark social security program will take effect in the new year, with federal government and private sector employees required to subscribe to unemployment insurance from 1 January 2023.

The program was announced in May 2022 and the legislative framework set out in Federal Decree Law No. 13 of 2022, issued on 15 September (the Unemployment Insurance Law) and Cabinet Decision No. 97 of 2022 regarding the mechanisms and controls for the implementation of the Unemployment Insurance Scheme. It provides for an insurance scheme whereby private sector and federal government employees, in return for a small monetary contribution, will be eligible for compensation payments in the event of unemployment. The MoHRE has signed an agreement with nine local insurance companies to operate and fund the scheme.

Failure by an employee to subscribe to the scheme within three months, or non-payment of premiums due for three months, will result in a fine of AED400 or AED200 respectively. These fines may be deducted from the employee’s wages or end of service gratuity by the employer.

To benefit from this entitlement, a worker must have been subscribed to the insurance scheme for at least one year and must not have been dismissed on disciplinary grounds in accordance with Federal Law No. 33/2021 (the Labor Law). A worker is also subject to a cap of 12 months of compensation in total.

The Unemployment Insurance Law contains a provision allowing an insured employee to agree on additional benefits with the relevant insurance companies. How this will be implemented remains to be seen, but it appears to open the door to more generous policies which may be made available in return for higher contributions.

A claim must be made within 30 days of the employee’s termination via one of three available channels: an online portal, a smart application, or a call center. Compensation will be paid within two weeks of filing the claim.

Unsurprisingly, fraudulent claims, or claims in relation to a fictitious business, are prohibited. The Unemployment Insurance Law provides that penalties and sanctions will apply in the event of fraudulent claims under the Labor Law and any other applicable legislation.

The Unemployment Insurance Law expressly does not apply to people in the following categories:

The establishment of a social security scheme is a welcome step forward and forms part of a concerted effort by the UAE government to: (i) improve workers’ rights and protections; and (ii) create a more stable and attractive job market to draw talent from across the globe. Employment in the UAE for expats could previously be precarious: sudden job loss meant a loss of income and visa cancellation requiring expats to find new work very quickly or else leave the country. Recently amended immigration rules allow expats to remain in the UAE for up to six months after visa cancellation, and the Unemployment Insurance Law offers up to three months’ financial compensation, making it more realistic for unemployed expats to remain in the country to seek new work. At the same time, added unemployment protections will hopefully incentivize more Emiratis to take positions in the private sector, consistent with the government’s Emiratization agenda. 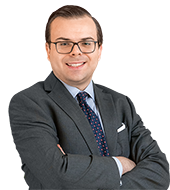 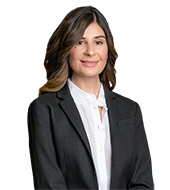