Things to Watch: Congressional Funding for the U.S. Coast Guard

The United States Coast Guard (USCG) currently operates under the authority of the U.S. Department of Homeland Security (DHS), receiving its congressional funding through the annual DHS appropriations bill. The USCG, which is the only Armed Force that receives funding outside of the Department of Defense, moved under the umbrella of DHS in 2003, following a move to the Department of Transportation in 1967 from the Department of the Treasury.

Before USCG funding is appropriated, it is typically authorized through a large, biennial authorization measure. The House Transportation and Infrastructure Committee and the Senate Commerce, Science, and Transportation Committee have primary jurisdiction over the Coast Guard authorization bill. The Coast Guard bill is the culmination of years of work, hours of bipartisan and bicameral collaboration, and includes authorization for programs spanning from recruitment and retention to infrastructure modernization, and procurement priorities ranging from Fast Response Cutters to Unmanned Surface Vessels.

In the 116th Congress, House lawmakers advanced a standalone Coast Guard bill, H.R. 3409, and then added its provisions into the FY21 National Defense Authorization Act (NDAA) as an amendment. This was a unique procedural change, as Coast Guard authorization bills have historically moved independently of the NDAA. The NDAA has been enacted for 59 consecutive years, making it an appealing legislative vehicle for moving the Coast Guard bill.

The Senate’s authorization legislation, S.2297, was advanced through the committee process, but has yet to receive floor consideration and almost surely will not this year as a stand-alone bill. The two chambers are already immersed in the conference process with the NDAA bill, and will ultimately produce a compromise measure.

In addition to reauthorizing USCG programs and activities, the Coast Guard bill makes key policy reforms for the maritime industry. This year’s legislation addresses a host of policy issues that includes promotion authority for Coast Guard personnel, the USCG’s use of unmanned maritime and aircraft systems, Great Lakes icebreaking, and the use of engine cut-off switches on recreational vessels. Additionally, notable amendments to existing maritime statutes, that are either in the bill or under discussion, would address requirements relating to “non-operating individuals” embarked on U.S. flag commercial vessels; requests for the determination of available Jones Act coastwise qualified installation vessels; reports on polar security cutter acquisitions; the feasibility of using liquefied natural gas to fuel Coast Guard vessels; and waivers of navigation and vessel inspection laws.

In recent years, the annual DHS appropriations bill has been host to contentious battles over immigration and border wall funding, complicating the prospects of moving timely legislation for other programs. This year is no exception. An FY21 appropriations bill promising $12.8 billion for the USCG (7 percent over FY20 levels) was moved successfully through the House Appropriations Committee on July 15. Unfortunately, the text of H.R. 7669 was ultimately stripped from the larger multi-bill package before it advanced to the floor for a vote, after the same controversial elements that have delayed previous DHS appropriations bills emerged. The Senate has yet to introduce bill text, and the bill’s future remains uncertain.

With long-term USCG funding in question and the end of the federal fiscal year approaching, appropriators were forced to advance a short-term continuing resolution (CR), which passed the House and Senate and was signed into law by the President on October 1. The CR impacts not only the USCG but all federal funding, and essentially funds all federal programs at the previous year’s spending levels for an indefinite time period. Passage of a CR before the September 30 deadline avoided a costly government shutdown and funded the government through December 11, but put off difficult policy discussions and program funding changes to the lame duck session of Congress. The current CR could be extended into calendar year 2021.

The USCG will be eager to finalize its FY21 spending authority and the Congress has shown interest in addressing a variety of concerns on the USCG’s list of unfunded priorities, but long-term certainty is far from assured. With the clock set to expire on the current session of Congress, a flurry of activity will be likely in the final weeks of the year. Interested stakeholders should be particularly mindful of how bicameral negotiations play out in real-time over USCG reauthorization, and what senior appropriators decide as the fate of long-term spending for the nation’s oldest continually active sea service. 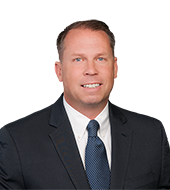