If requiring arbitration, specify the particular rules for selecting an arbitrator.

Specifically identifying the rules, clauses, and procedures for arbitrator selection (e.g., JAMS, AAA) prevents delays and costs associated with an ad hoc procedure. Provisions simply stating parties will “select a mutually agreeable arbitrator,” can create weeks or even months of delays and expense and, in certain instances, require initiation of unnecessary court actions.

Do not include mandatory mediation clauses.

As the saying goes, you can lead a horse to water, but you can’t make him drink. If the parties are unwilling to mediate early in the dispute, mandatory mediation will likely be a costly and ineffective venture. Likewise, mandatory mediation clauses can frustrate important litigation strategies—e.g., securing a more favorable jurisdiction, seeking immediate injunctive relief—rendering them a non-advisable addition.

Include all relevant dispute resolutions provisions in the same section.

The inclusion of various or differing dispute resolution procedures throughout an agreement will lead to ambiguity or confusion. All dispute resolution procedures, therefore, should be contained in one section of the agreement. This will help reveal holes or ambiguities when drafting or, alternatively, avoid inadvertently seeking relief in the wrong court or under the wrong rules. So avoid, for example, putting certain resolution provisions in indemnification provisions, then putting other portions of the provisions in the “Miscellaneous” portion of the agreement.

When negotiating modifications to the agreement or related documents, ensure consistency with the original agreement (particularly with regard to the applicable law and jurisdiction). It may seem like a small issue, but lack of clarity as to whether California law applies (as stated in the initial agreement) or Texas (as stated in an amendment) creates confusion and will likely require more attorney time (and fees!) both before filing and during litigation.

Do not split subject matter into separate forums (without being very careful).

Specifying different modes of resolution for different types of disputes can result in confusion or, in the worst case, a gap in resolution coverage. For example, in a merger and acquisitions agreement, attorneys may specify court resolution for warranty breaches but some alternative formula for earnout disputes. While splitting subject matters may be helpful in some instances, be very careful to avoid creating ambiguities or, even worse, gaps between forums where the counterparty can argue there is no remedy available.

Understand the pluses and minuses of bench trials, jury trials, arbitration, and other alternative dispute resolution.

Consider what type of issues may arise and whether the ability to select an arbitrator with specialized knowledge of an area of law or field will be critical. Is there specialized knowledge required to resolve the most likely dispute? Are there more complicated legal concepts more suited for a bench trial? Is your client, for some reason, potentially, more sympathetic, rendering a potential jury trial more preferable? There is no perfect answer here—because the nature of a future dispute is unknown—other than to be thoughtful regarding the types of disputes that may come up.

Do not ignore restrictions related to the waiver of a jury trial for certain jurisdictions and certain claims.

While parties may contract to waive the right to a jury trial, certain states or substantive laws may narrow or disregard certain provisions. For example, certain jurisdictions, such as California and Georgia, disallow such waivers. Counsel should be cautious to understand the local rules applicable to their dispute resolution provision or else risk finding themselves in an unfavorable position. Likewise, be mindful of the consequences when changing the identification of a forum or choice of law (e.g., from New York to California).

Some courts disfavor arbitration as a general matter and are more likely to overturn arbitration decisions and awards. Other courts are friendlier to arbitration, granting more deference to confirming an award. Think through what court should compel arbitration or enforce an award, and include this provision in the agreement. 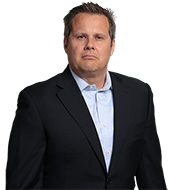 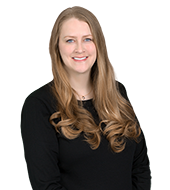