The Third Circuit recently held that a New Jersey Consumer Fraud Act (“CFA”) violation may arise where an insurer fraudulently induces an insured to sign a broad, general release to a claim. Alpizar-Fallas v. Favero, 908 F.3d 910 (3d Cir. 2018). This ruling may encourage insureds to add a CFA claim to coverage actions against their insureds—and with it the ability to recover treble damages and attorneys’ fees not typically afforded plaintiffs in simple insurance coverage and breach of contract cases.

Plaintiff Ana Alpizar-Fallas was involved in an automobile accident and filed a claim with her insurer, Defendant Progressive Garden State Insurance Company (“Progressive”). The day after the accident, a Progressive claims adjuster called Alpizar-Fallas and asked if he could inspect her car and have her sign paperwork. When the adjuster arrived at Plaintiff’s house, he said Alpizar-Fallas’s signature was “required” on a document that would “expedite the processing of the property damage claim of the accident” and “facilitate her receipt of the money for the damages to her motor vehicle.” Id. at 913, 918. Relying on the adjuster’s statements, Alpizar-Fallas signed the document. In actuality, the document turned out to be “a broadly written comprehensive general release of any and all claims,” including claims against the driver of the other vehicle—who also happened to be a Progressive insured and represented by the adjuster. Id. at 913.

Alpizar-Fallas filed a class action claim against Progressive, alleging violations of the CFA and New Jersey’s Unfair Claims Settlement Practices Act (“UCSPA”). Progressive moved to dismiss, arguing that (1) the UCSPA does not provide policyholders with a private right of action, and (2) the CFA does not apply to schemes to defraud policyholders of their benefits and personal injury claims.

The District Court granted Progressive’s motion. To begin, the court agreed with Progressive that, because policyholders have no private right of action against their insureds based on UCSPA violations, Progressive’s alleged violation of the UCSPA was not actionable.

Next, the court agreed with Progressive that the CFA only applies to the “sale or marketing” of insurance policies and not to an insurance company’s refusal to pay benefits. 2017 WL 3816541 at *2 (D.N.J. Aug. 31, 2017). In so doing, the district court was guided by two key cases.

First, Alpizar-Fallas relied upon Weiss v. First Unum Life Ins. Co., which involved an insurer’s discontinuation of disability benefits to an insured. 482 F.3d 254 (3d Cir. 2007). In finding such an allegation could give rise to a CFA claim, the Third Circuit in Weiss held “the CFA covers fraud both in the initial sale (where the seller never intends to pay), and fraud in the subsequent performance (where the seller at some point elects not to fulfill its obligations).” Id. at 266.

Second, for its part, Progressive relied upon Myska v. N.J. Manufacturers Insurance Co., 440 N.J. Super. 458 (App. Div. 2015). In Myska, the insured alleged her insurer maintained a “systematic practice of denying, obfuscating coverage of, or otherwise avoiding claims by New Jersey consumers.” Id. at 469. There, the Appellate Division decided it need not determine the soundness of the Weiss holding because the Weiss facts were significantly distinguishable from the facts at hand. The CFA “was not intended as a vehicle to recover damages for an insurance company’s refusal to pay benefits.” Id. at 485. The Myska court noted that, while Weiss found the CFA applied to allegations of “fraudulent discontinuation of previously authorized benefits,” Weiss did not consider precedent holding the CFA was inapplicable to “determination of initial coverage disputes.” Id. at 486.

Having reviewed the aforementioned cases, the Alpizar-Fallas District Court determined that Plaintiff’s allegations “only relate to obtaining insurance benefits that Plaintiff believes she is entitled to.” 2017 WL 3816541 at *2. Further, since the Appellate Division in Myska did not adopt—and instead distinguished—the Third Circuit’s Weiss decision, the district court predicted the New Jersey Supreme Court would find that the CFA does not cover Alpizar-Fallas’s allegations. Id. Accordingly, the district court granted Progressive’s motion to dismiss plaintiff’s complaint.

The Third Circuit Reverses the Dismissal of the CFA Claim

The Third Circuit began its analysis by noting the New Jersey Supreme Court’s endorsement of a broad application of the CFA, along with the CFA’s remedial purpose “to root out consumer fraud.” Alpizar-Fallas, 908 F.3d at 916 (quoting Lemelledo v. Beneficial Management Corp., 150 N.J. 255, 264 (1997)). Next, the Third Circuit reaffirmed its earlier holding in Weiss that the CFA covered fraud both in the initial sale and fraud in the subsequent performance. Id.

With that context, the court rejected Progressive’s argument that there was a direct conflict between the CFA and the UCSPA that would bar the application of the CFA. “The fact that a private right of action exists under the CFA but not the ITPA [the statute pursuant to which the UCSPA regulations were promulgated] does not create a ‘direct and unavoidable conflict’ that would preclude application of the CFA here.” Id. at 917 (citing Lemelledo, 150 N.J. at 553–54). The Third Circuit explained that the New Jersey Supreme Court had specifically authorized multiple remedies, since both remedies would punish unlawful behavior, and the remedies of the CFA and ITPA are explicitly cumulative. Id. Accordingly, the Third Circuit rejected Progressive’s argument that the UCSPA precludes application of the CFA.

Finally, the court turned to the defendant’s and the district court’s reliance on Myska, and found that case “inapposite.” Alpizar-Fallas alleged “neither that she filed an insurance claim nor that she was denied any benefits. Instead, the alleged fraud involved express false representations regarding the nature of the documents.” Id. The Third Circuit held these facts “amount to an allegation of fraud in connection with the subsequent performance of a consumer contract, a situation explicitly covered by the language of the CFA.” Id. at 918. Accordingly, the Third Circuit vacated the district court’s dismissal of plaintiff’s complaint.

In holding that the alleged CFA violation was one of “fraud in connection with the subsequent performance of a consumer contract” (which, per Weiss, is recoverable under the CFA), as opposed to a “denial of benefits” (which, per Myska, is not), the Third Circuit’s Alpizar-Fallas decision provides helpful authority for insureds who wish to take a more aggressive position against their insurers. Alpizar-Fallas shows there are limits as to what can be claimed under the Myska safe harbor: An insurer will not automatically have immunity from the CFA merely by labeling its conduct towards its insured as a “denial of benefits.” Finally, since the New Jersey Supreme Court has thus far not addressed the apparent tension between Myska and Alpizar-Fallas/Weiss, [1] the possibility remains that the Court may decide to eliminate altogether Myska’s preclusion of CFA liability where an insurer denies benefits.

[1] Interestingly, the Supreme Court initially granted the Myska insured leave to appeal the Appellate Division’s decision—before subsequently determining, without explanation, that leave was improvidently granted. Myska, 224 N.J. 524 (2016). In Lemelledo, the Court “expressed no opinion” on earlier court decisions holding that the payment of insurance benefits is not subject to the CFA. Lemelledo, 150 N.J. at 265. 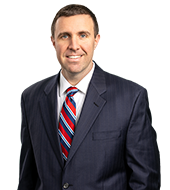