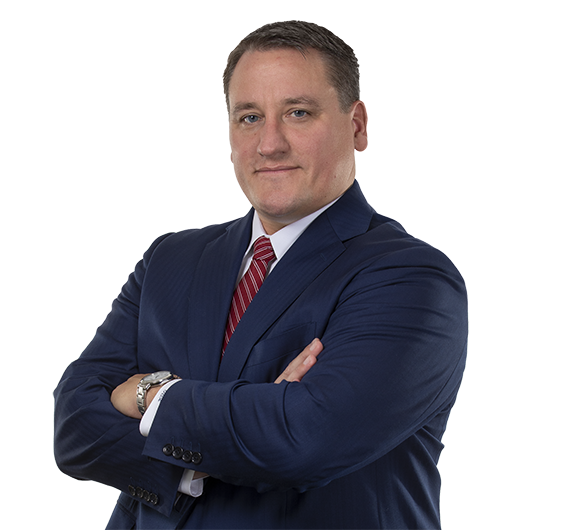 Thomas Ryan is a dual-ranked Chambers USA lawyer who represents clients subject to government enforcement actions, conducts sensitive internal investigations, and litigates bet-the-company cases in both federal and state courts. As a former federal prosecutor, Thomas brings the courtroom perspective when shaping the response to any government enforcement action. His trial-ready strategy has earned him a reputation as a go-to lawyer for companies facing complex white-collar criminal and civil enforcement matters. Thomas is also routinely entrusted with leading clients’ most sensitive internal investigations, often involving C-Suite implications. As an acknowledgement of the breadth and depth of his experience, Thomas was recently recognized in two categories of Chambers USA, both for white-collar defense and the energy litigation, as well as Legal 500.

Thomas complements his criminal practice with a complex commercial litigation practice, focused primarily on the energy and health care industries. In the energy space, he routinely represents upstream and midstream members of the unconventional gas industry active in the Marcellus and Utica Shale formations lying under Pennsylvania, Ohio, and West Virginia.

In the health care sector, Thomas is also an active member of the firm’s Health Care Fraud task force, a cross-practice collaboration between the firm’s internationally recognized health care and investigations, enforcement, and white collar practice groups. As part of that group, Thomas actively defends a broad spectrum of health care providers in various forms of qui tam actions, involving allegations of violations of the False Claims Act, the Anti-Kickback Statute, and Stark Law.

Thomas began his legal career with K&L Gates, where he gained broad international experience representing clients on a variety of commercial litigation matters. This was highlighted by a year-long secondment at an international construction client collaborating with an Italian joint-venture partner to design and construct an offshore gas-to-liquids facility in the Niger Delta, which provided a tremendous professional growth opportunity, as he was consistently called upon to provide sharp legal analysis under unrelenting time constraints.

After several successful years with the firm, Thomas served as an assistant U.S. attorney in the white collar crime section for the U.S. Attorney’s Office for the Southern District of West Virginia. Thomas tried numerous cases to jury verdict and argued a number of appeals before the Fourth Circuit Court of Appeals. Thomas focused his efforts on political and business corruption, ranging from the conviction of several elected officials in a voter-fraud conspiracy to a coal company executive involved in a multimillion-dollar kickback scheme. Having tried the full spectrum of federal crimes, including Titles 18, 21, 26, and 31 of the U.S. Code, Thomas returned to private practice at K&L Gates in 2014.

In 2015, Thomas had the privilege of being appointed special counsel to the Pennsylvania State Senate’s bipartisan Special Committee on Senate Address, which was constituted to consider the removal of then-Attorney General Kathleen Kane, a historical constitutional moment in the commonwealth’s history.

Further, in 2018, Thomas was entrusted by the Supreme Court of Appeals of West Virginia to represent the institution in coordinating its cooperation with multiple federal grand jury investigations and overlapping impeachment proceedings involving alleged misconduct of certain sitting members of the court.

As an example of the breadth of Thomas’s experience, beginning in late 2016 he guided a global nuclear engineering company through a sensitive accounting fraud internal investigation, which culminated in a multi-billion dollar bankruptcy and ultimately led to a parallel federal and state criminal fraud investigation. Beginning with a cross-border, multi-jurisdictional investigation involving multi-lingual document review and interviews in late 2016, Thomas managed a team of dozens of lawyers and consultants to deliver a thorough, independent, and objective internal investigation to allow the client to obtain an audited balance sheet and facilitate its emergence from bankruptcy in 2018. Following the completion of the internal investigation in late 2017, federal and state law enforcement launched a multi-year securities and account fraud criminal investigation. Thomas led a team that ultimately resulted in securing a prosecution declination of the company in the summer of 2021 from both federal and state law enforcement, as the parallel criminal proceedings continued against the company’s former executives. This five-year long engagement involved the entire gamut of legal issues that arise in any cross-border internal investigation and federal criminal prosecution and underscore Thomas’s ability to handle the most complex and sensitive matters.

Thomas also devotes a substantial amount of his time to many of the firm’s worthy pro bono efforts, including mentoring law students through the Leadership Council for Legal Diversity, serving on the Criminal Justice Act Panel for the U.S. District Court for the Western District of Pennsylvania, and as an independent director on the board of PLEA Agency, Inc., a nonprofit organization committed to educating and improving the quality of life for individuals of all ages with behavioral or developmental disabilities.