Travel Sentry: Another Divided Infringement Case With a Lot of Baggage

The litigation between Travel Sentry and David Tropp received its third Federal Circuit opinion on December 19, 2017. [1]  The opinion sheds further light on the Akamai decisions and reinforces the importance of context in properly applying both prongs of the divided infringement analysis.

Travel Sentry administers a system enabling travelers to secure a bag with dual-access locks — locks that passengers can open and relock with a combination and the Transportation Security Administration (“TSA”) can open and relock with a master key. [2] The TSA identifies Travel Sentry’s locks by a red diamond logo. [3] Travel Sentry has agreements with several lock manufacturers and distributors for this system. [4] Travel Sentry also has a Memorandum of Understanding (“MOU”) with the TSA, under which it provides the TSA with master keys and training materials for TSA luggage screening agents. [5] The TSA distributes the master keys to luggage screeners who open Travel Sentry locks with them as needed. [6]

This case concerns Tropp’s U.S. Patent Nos. 7,021,537 (the “’537 patent”) and 7,036,728 (the “’728 patent”), which are directed to methods of improving airline luggage inspection. [7] The claims generally recite the steps of (1) providing a luggage lock with an identifier that can be unlocked by a master key, (2) marketing the lock to emphasize that it is subject to a special screening procedure, (3) the identifier signaling to a luggage screener that the lock can be opened with the master key, and (4) the luggage screener using the master key to open the luggage, if necessary. [8] In general, Travel Sentry performs the first set of steps (related to providing the lock), while the TSA performs the second set of steps (related to processing luggage using the lock).

The instant case, which is now over a decade old, has its roots in Travel Sentry’s December 4, 2006 complaint for declaratory judgment of noninfringement, invalidity, and nonliability with respect to the ’537 patent and the ’728 patent. [9] Tropp subsequently counterclaimed for infringement. [10]

On June 2, 2014, the Supreme Court decided Akamai III, which reversed Akamai II and held that: “[t]he statutory text and structure and our prior case law require” a finding that where there has been no direct infringement of a method patent, there can be no indirect infringement. [19] Akamai was then remanded to the Federal Circuit. Ultimately, the Akamai V en banc opinion reaffirmed the single entity rule for direct liability announced in Akamai III and set out two circumstances for attributing the infringing acts of another to a direct infringer: (1) where an entity directs or controls the other’s performance, and (2) where the actors form a joint enterprise. [20] An alleged infringer will be said to “direct or control” when it satisfies a two-pronged joint infringement test. The two-pronged test states that joint infringement may arise when an alleged infringer: (1) conditions participation in an activity or receipt of a benefit upon performance of a step or steps of a patented method, and (2) establishes the manner or timing of that performance. [21]

In Akamai V, the Federal Circuit found the defendant’s customer’s acts attributable to the defendant because it required all customers to sign a contract that outlined the infringing steps required to properly use its network. [22] The defendant also controlled the manner and timing of performance by providing step-by-step instructions and an account manager to help implement its network. [23]

Under this new standard, the Tropp district court again granted summary judgment in favor of Travel Sentry. [24]  It found no evidence that Travel Sentry could influence whether the TSA used the locks as the claims required. [25] It also found that Travel Sentry had not “masterminded” the entire process. [26] Moreover, the district court noted that the TSA did not require Travel Sentry technology to perform its luggage screening, sticking to the fact-specific analysis of Akamai V and noting that “the unusual circumstances of Akamai [V] are not mimicked” in this case. [27]

On December 19, 2017, the Federal Circuit rendered its most recent Tropp opinion, clarifying the scope of joint infringement under 35 U.S.C. § 271(a). [28] The court provided guidance on the application of the instant facts to the Akamai V two-pronged “direct or control” analysis for joint infringement.

The Federal Circuit began its prong 1 analysis by stressing the importance of properly defining the conditioned activity or benefit. [29] The claims’ context and the accused conduct affect the scope of attribution. [30] Ultimately, the Federal Circuit found that the district court made three errors: (1) misidentifying the relevant activity, (2) misunderstanding which benefits fall under Akamai V’s first prong, and (3) mischaracterizing what constitutes conditioned participation or benefits. [31]

The Federal Circuit found that the district court overgeneralized the MOU’s objectives when it defined the activity as “luggage screening” generally. [32] Rather, the MOU contemplated more specific objectives like distributing master keys and training information and using the master keys to open and relock screened luggage. [33] These objectives show that the proper activity is screening luggage that the TSA knows it can open with the master keys. [34]

Conversely, the Federal Circuit found that the district court’s view of the benefit prong was too narrow. [35] It rejected intangible benefits like reducing theft, reducing claims, and satisfying public pressure for secure luggage. [36] However, the Federal Circuit noted that a jury could find that the MOU benefitted the TSA by providing the ability to open and relock luggage with a master key. [37] Further, the fact that the TSA entered into the MOU agreement implied that it expected a benefit of some kind, regardless of whether it was tangible or intangible. [38]

The Federal Circuit’s prong 2 analysis began by clarifying that the “mastermind” theory on which the district court relied was no longer correct. [42] Instead, courts must acknowledge “the context of the particular facts presented.” [43] Echoing its prong 1 conditioning analysis, the court noted that the TSA could not have possibly realized the Travel Sentry system’s benefits without using the provided master keys to open and relock screened luggage. [44] Because the benefits are prefaced on performing the claimed steps, the Federal Circuit determined that a jury could conclude Travel Sentry established the manner of the TSA’s performance. [45] Because of this, the Federal Circuit vacated the district court’s summary judgment of noninfringement and remanded for further proceedings. [46]

Importantly, this decision widens the scope of direct infringement beyond Akamai V’s uncommon facts. For accused infringers, the decision underscores the importance of properly defining the pertinent activity and benefit for Akamai V’s prong 1. Doing so can drastically affect whether the activity or benefit is conditioned on performing the patented steps. These definitions also impact the prong 2 analysis by framing the activity whose performance is controlled and the benefits that incentivize the party to perform as requested.

In defining the activity and benefit, courts look to the activity as defined in the claims and how the steps interact with each other to produce the desired benefit. Courts will also look at agreements between the actors and can look beyond the text of the agreements themselves to the parties’ broader motivations to enter them in the first place. Thus, parties entering agreements where the intended conduct aligns with claimed activity should be aware that such agreements may provide greater evidence for a divided infringement claim. 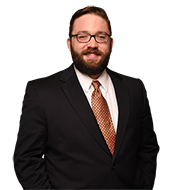