On 20 November 2020, the Centers for Medicare and Medicaid Services (CMS) and the Department of Health and Human Services (HHS) Office of Inspector General finalized several rules from President Trump’s health care agenda that are considered key parts of his potential legacy. The final rules seek to:

Except for the MFN rule (effective 27 November 2020), the Stark and AKS rules (effective 19 January 2021), and some of the AKS changes (effective 1 January 2022), the final rules provide that they are set to go into effect 60 days from their publication in the Federal Register. By releasing most of them in pre-publication form in the Federal Register on 20 November—60 days before President-elect Joe Biden takes office—it appears that the Trump administration may be attempting to limit the ability of the incoming administration to impact them. Because the rules are not scheduled to be officially published in the Federal Register until late November or early December, President-elect Biden could rely on the Congressional Review Act (CRA) to try to delay or suspend the rules, though it appears unlikely based on agency experience. Further, the MFN rule seeks to mandate dramatically reduced physician-administered Part B drug reimbursements across wide swaths of the health care provider community through reliance on CMS’ normally voluntary payment innovations center. The legality of that approach is also unclear and will likely be litigated based on the early reaction of industry stakeholders.

Based on the above, stakeholders should expect a bumpy ride in the next several months as it relates to these regulations given that the incoming Biden administration may attempt to delay, suspend, or alter each of these rules. In particular, it is worth noting that the MFN rule, though impacting reimbursement on 1 January 2021, is still subject to a comment period. As such, stakeholders may submit comments on the rule by 26 January 2021, and should also be alert to potential litigation immediately upon the MFN rule becoming effective. Otherwise, stakeholders should be watching for public signals from the Biden administration—particularly as the President-elect makes key appointments within HHS—as to how it may position itself vis-à-vis each of these rules.

This alert provides a brief overview of the rules, the new administration’s authority to impact them, and a preview of what to expect from the incoming administration.

OVERVIEW OF THE FINAL RULES

WHAT TO EXPECT NEXT

In this regard, for purposes of determining the effective date of a rule, the Administrative Procedure Act (APA) generally requires that agencies provide a period of at least 30 days after a final rule is published in the Federal Register before the rule becomes effective.2 The CRA extends the APA’s required period for major rules, providing that they “shall take effect on the latest of” 60 days after the date the rule is published in the Federal Register or submitted to Congress (whichever is later) or the date the rule would have otherwise taken effect.3 The Federal Register distinguishes between filed (pre-publication) and published rules, providing that only the official format of a published document provides public and judicial notice.4 Given that each of these rules has been deemed by HHS to be a major rule for purposes of the CRA, they are likely subject to the 60-day rule in the CRA.5

While President-elect Biden could rely on the CRA to try to influence the rules, it appears unlikely that the new administration may seek to delay or suspend the rules on that basis. Despite the above-mentioned provision requiring that major rules take effect at least 60 days after they are published in the Federal Register and the Federal Register’s differentiation between filed (pre-publication) and published rules, federal agencies have generally relied on the pre-publication date as the date from which the 60 days is counted for purposes of determining when a rule is effective. Given that questioning the effective date of the rules at issue would call into question the effective date of a number of other rules that have been issued in recent administrations, including the Obama administration, it appears unlikely that the new administration may use it as a means to try to suspend or delay them. That said, the CRA remains a tool that President-elect Biden’s administration could potentially rely on as a means to influence these rules.

The New Administration’s Next Steps

Regardless of the CRA, as noted above, the MFN rule is subject to further immediate comment period and finalization and each of the other rules can be reopened with a new comment period so each of the rules can be altered if the new administration wants to impact their final form. However, at this point, it is unclear how President-elect Biden’s administration may immediately respond to the rules.

At this point, it is unclear how President-elect Biden’s administration may respond to the rules. The Stark Law and AKS modernization and value-based rules as well as the OPO rule on organ donations have been several years in the making. Further, efforts to modernize the Stark and AKS regulations have generally received support from stakeholders. The American Hospital Association (AHA) and the Federation of American Hospitals, for example, praised the administration for taking action to modernize the Stark and AKS rules. The AHA said that the rules would “significantly benefit patients by allowing their health care providers to work together to improve their care.” Given the support for the rules and their non-partisan nature, it appears unlikely that the new administration would seek to suspend or immediately alter them.

President-elect Biden has stressed that drug pricing reform is one of his priorities when he takes office.  In this regard, the President-elect has favored letting the government negotiate prices with manufacturers and allowing the importation of drugs from abroad. The Trump administration’s actions may provide the new administration a pathway to take immediate action on drug pricing by merely allowing the Trump rules to proceed without having to spend political capital advancing its own drug pricing agenda. Accordingly, the new administration could be very open to simply letting the new AKS rebate rule proceed.  While the Pharmaceutical Care Management Association, which represents PBMs, has said that the AKS rebate rule “will drastically increase Medicare Part D beneficiary premiums and taxpayer costs,” provider and industry groups have been more circumspect in their reaction to elimination of the AKS rebate rule.

The MFN rule, in contrast, received immediate pushback from provider groups and the pharmaceutical industry since it was initially proposed. In a statement, for example, the Pharmaceutical Research and Manufacturers of America (PhRMA) said that the MFN rule would disrupt patient access to treatments, discourage investment in new medicines, and threaten jobs and economic growth, stressing that it is “considering all options to stop this unlawful onslaught on medical progress.” The AHA also expressed concern about the impact of the MFN rule on the 340B Drug Pricing Program, providing that “by cutting drug reimbursements to hospitals—by an average of 65% when fully phased in—hospitals will have to absorb losses while drug companies are free to continue their trend of charging exorbitant prices.”

Further, the MFN Rule will likely require action by the Biden administration. While it will be implemented as of 1 January 2021—with providers immediately receiving dramatically lower reimbursement—the MFN rule was issued as an interim final rule with comment period, which means that stakeholders may provide comments on the rule and the administration will have an opportunity to respond to those comments and potentially alter the rule based on the comments. Additionally, stakeholders are arguing that the rule may exceed HHS’ authority. In this regard, it is worth noting that the rule was issued under CMS’ payment demonstration authority through the Centers for Medicare and Medicaid Innovation, but as a practical matter, the rule reduces the statutory Part B payment model for a wide range of provider types on the 50 drugs impacted. Accordingly, the potential for litigation—similar to that challenging CMS’ cuts to Part B drug reimbursement to 340B Program-eligible hospitals—is high.

K&L Gates’ health care practice and public policy and law practice routinely assists stakeholders with legal advice regarding Stark Law and AKS compliance matters and on a wide range of pharmacy, 340B Program, and other drug pricing matters. We can advise and engage with Congress and the administration on these matters.

3The CRA provides for additional considerations if Congress passes a resolution of disapproval. 5 U.S.C. §801(a)(3).

5The CRA provides an exemption if the President makes a determination and submits notice to Congress that the rule is necessary because of an imminent threat, necessary to enforce criminal laws, necessary for national security, or issued pursuant to a statute implementing an international trade agreement. 5 U.S.C. §801(c)(1). 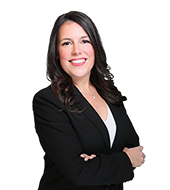