Turning Over a New Leaf: Maine Law Court Provides Path for Foreclosing Entities to Cure Greenleaf Defects with Assignments of Mortgage and Signals That Reconsideration of Greenleaf May Be Warranted

In July of 2014, the Supreme Judicial Court of Maine (“SJC”), sitting as the Law Court (“Law Court”), decided Bank of America, N.A. v. Greenleaf,[1] which upended residential mortgage foreclosures in Maine. In Maine and elsewhere, lenders routinely name Mortgage Electronic Registration Systems, Inc. (“MERS”) as the mortgagee to act as nominee for the lender and its successors and assigns.[2] Prior to foreclosure, MERS typically executes and publicly records a written assignment of mortgage to the foreclosing entity, generally the owner of the underlying promissory note, so that that entity will hold legal title to the mortgage, and thus have standing to foreclose. In Greenleaf, however, the Law Court held that an assignment of mortgage from MERS is ineffective to transfer an interest in the mortgage to another entity.[3] The Court concluded that MERS only had the right to record a mortgage on behalf of the lender — nothing more.[4] Greenleaf thus substantially impacted residential mortgage foreclosures in Maine because, thereafter, courts have routinely held that a MERS assignment in the chain of title may defeat the foreclosing entity’s standing to foreclose. The practical impact of Greenleaf has been that, in many cases, the noteholder lost the right to enforce the mortgage.

In the five years since Greenleaf was decided, foreclosing entities have worked to find a way in which to enforce security instruments that contained a MERS assignment in the chain of title.[5] On March 17, 2020, however, the Maine Law Court decided U.S. Bank, N.A., as Trustee v. Gordon,[6] which provides a workable solution.

In Gordon, the Law Court considered whether the originating lender could cure a Greenleaf issue by executing and publicly recording a “Ratification of Assignment,” confirming that the original lender intended to assign all of its interests in the mortgage to MERS and any subsequent assignee, and not merely just the right to record. The Law Court concluded that ratification of a prior assignment of mortgage is a valid means to establish ownership of the mortgage.[7] Thus, Gordon provides a clear path forward, and much needed relief, to lenders who seek to overcome Greenleaf issues in the chain of title.[8] A copy of the Gordon decision can be found here.

Gordon also includes a welcome bonus for mortgagees operating in Maine. Justice Horton, who joined the SJC in February of 2020 (well after Greenleaf), authored a nearly 10-page concurring opinion questioning the legal basis for Greenleaf and its impact on future cases. While the majority held that ratification of the mortgage assignment passed legal title of the mortgage to the foreclosing entity, Justice Horton indicated that he would have gone even further and held that MERS’s original assignment of mortgage was sufficient under Maine law.[9] His conclusion is directly at odds with Greenleaf, a decision that Justice Horton asserts “depart[s] substantively from our longstanding precedent and from the modern rule regarding transfer of mortgages.”[10] This is because historically, ownership of a residential mortgage automatically followed ownership of the note that was secured by the mortgage.[11] In fact, in Justice Horton’s view, Greenleaf “departed from our previous view that MERS also held legal title to the mortgage” (in addition to the right to record it).[12] Justice Horton argues that by severing ownership of the note and mortgage regardless of the intentions of the parties, Greenleaf was “contrary to our precedent and the modern rule on the transfer of mortgages.”[13] And, as Justice Horton unabashedly stated:

I would revisit our recent mortgage law jurisprudence in the interest of stare decisis. Due to the inherently draconian consequences of foreclosure and for other reasons, we should, and we do, require strict compliance by the plaintiff in any foreclosure action, and we can do so in keeping with longstanding precedent.[14]

Thus, Gordon is not only significant because it provides a clear framework to overcome Greenleaf issues, but it also signals a possible sea change in the thinking of Maine’s highest court when it comes to its recent foreclosure related jurisprudence. Perhaps soon, the Court will follow Justice Horton’s lead and revisit Greenleaf in its entirety.

[2] The MERS® System is a national electronic database owned and operated by MERS’s parent company MERSCORP Holdings, Inc., which tracks changes in servicing rights and beneficial ownership interests in mortgage loans registered in the MERS® System by MERS® System Members. MERS is named as the mortgagee of record in the mortgage so that the beneficial ownership and servicing rights of the promissory note, secured by the mortgage, may be transferred among MERS members without the need to publicly record assignments of mortgage. The mortgage lien is not assigned or transferred since MERS remains the common agent of the original and successor note owners until a lien release or assignment from MERS is recorded.

[8] In footnote 4 of the Concurrence, Justice Horton recognized that in cases where the original lender is a defunct entity, a ratification may be impossible and that a Greenleaf defect may still be difficult to overcome. 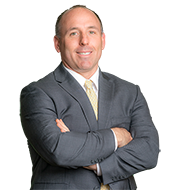