On 26 April 2021, Foreign Secretary Dominic Raab announced1 the United Kingdom’s first sanctions under the new Global Anti-Corruption Sanctions Regulation 2021 (the Regulations).2 The sanctions apply to 22 individuals involved in corruption cases in multiple jurisdictions, including Russia, South Africa, South Sudan, and Latin America. The UK government’s decision to target 22 individuals involved in corruption affirms its intention to combat serious corruption by focusing sanctions on specific individuals as opposed to entire nations. It is anticipated that the list of sanctioned individuals will continue to expand in line with the UK government’s commitment to tackling serious corruption, in particular, bribery, around the world.

On the same day as announcing the first sanctions, the UK government published guidance on how to implement and comply with the Regulations.3 The Regulations permit that the secretary of state may designate a person for the purposes of targeted financial and immigration sanctions if they have reasonable grounds to suspect that that person is, or has been, involved in serious corruption (bribery or misappropriation of property). The UK consolidated sanctions list records the sanctioned individuals4 and the details of any sanctions that apply to them.

What Sanctions Can Be Imposed?

Breach of the main financial prohibitions in the Regulations is a serious criminal offence, which can carry a maximum sentence on indictment of seven years’ imprisonment or a fine (or both).

The Regulations place an obligation on relevant firms (including Financial Conduct Authority-authorised firms, law firms, and estate agents) to report information to Her Majesty’s Treasury if they know, or have reasonable cause to suspect, that a person is a sanctioned individual or may have committed an offence under parts of the Regulations. Firms must also state the nature and amount or quantity of any funds or economic resources held by it for the customer at the time when it first had the knowledge or suspicion.

For example, an estate agent receiving funds in its client account in relation to a property would be required to notify HM Treasury if they had reasonable cause to suspect that the customer was a sanctioned individual.

The UK government’s approach to sanctions must be viewed in line with the U.S. Government’s parallel approach. The U.S. Treasury Secretary Janet Yellen communicated support for the United Kingdom’s approach and the partnership between the two governments by stating that the new UK regime provides opportunities for the companies “to take complementary sanctions actions where appropriate.”  The U.S. Global Magnitsky programme compliments the UK regime by focussing on human rights abusers and corrupt actors.

Businesses wishing to navigate the United Kingdom’s new sanctions landscape post Brexit must do so with a truly global view given the extraterritorial effect of the Regulations and the UK and U.S. governments’ collaborative approach to sanctions.

4 The Regulations refer to sanctioned individuals as “designated persons.”

5 “UK persons” includes British nationals and all bodies incorporated or constituted under the law of any part of the United Kingdom, including branches of UK companies operating overseas. 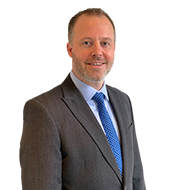