The UK Modern Slavery Act of 2015―First, Applause, and then, Criticism
The UK Modern Slavery Act of 2015 (the “Act”) has been billed world-wide as the first landmark anti-human-trafficking legislation by a nation. Three years later, however, it is roundly criticized as failing to cause real compliance or change among businesses to perform appropriate due diligence to ensure an ethical supply chain free of forced labour.

Motivated by pressure from numerous groups frustrated by the blatant compliance failures, the UK Home Office is now taking action to perform an audit of thousands of companies to determine which are not in compliance, to give them a grace period to comply, and to “name and shame” in a public report those who still fail to comply.

Home Office Letter
In October 2018, the Home Office wrote to thousands of companies which it believes have disclosure obligations under the Act. It is seeking to enforce compliance on qualifying companies by warning them of a Home Office audit on compliance leading up to 31 March 2019.

Following this audit, the Home Office will publish a list of companies who have failed to update or publish a modern slavery statement and are therefore non-compliant under the Act.

For a brief summary on the Act and the criteria requiring compliance, please click here.

Next steps for companies subject to the Modern Slavery Act 2015
Companies should be considering whether they are subject to the disclosure obligations under the Act, and ensure compliance with the obligations of the Act before the Home Office audit ends on 31 March 2019.

(a) think your business qualifies under the Act or requires guidance on whether it does, or
(b) have received a Home Office letter requesting the update or publication of your business’s annual modern slavery statement,

K&L Gates has an experienced team of lawyers in London and is well placed to assist you with preparing or updating a statement that will facilitate compliance with the Act.

As noted below, the Act was intended to encourage greater scrutiny of supply chains, and therefore to enhance ethical due diligence practices to root out forced labour. There are several other jurisdictions which have similar measures (e.g., California, France, and Australia) or are considering them (e.g. the United States, Switzerland, and Hong Kong). Many companies are working with law firms and consultants on supply chain audits to ensure they are legally compliant and prepared for the new legislation, and they are being proactive to reduce their risk related to modern slavery in their supply chains. K&L Gates lawyers across its global network are actively involved in such efforts.

Modern Slavery Act 2015 – a brief summary
On 29 October 2015, the Act came into force requiring companies which (i) have a turnover or combined group turnover of £36M or more, and (ii) carry on business within the UK or are incorporated in the UK, to publish a modern slavery statement annually for the financial years ending on or after 31 March 2016.

The key purpose of the Act is to increase the transparency of companies’ supply chains and structures to reduce human trafficking and slavery. The modern slavery statement is required to be approved by the company’s board, signed by a director of the company and displayed on the company’s website homepage.

The Home Office has in addition published an accompanying guidance (the “Guidance”) which was most recently updated on 22 October 2018, providing information to companies on the content of the modern slavery statement and the processes for approving and publishing the statement. The Guidance confirms that it is up to companies how to present the information contained in the statement, as long as it is covers the appropriate points; provides appropriate links to relevant publications, documents, or policies for the company; and is in simple language that is easily understood. A non-exhaustive list of information that should be covered in the statement is also provided. The Home Office Guidance can be found here. 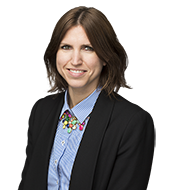