On 26 June 2017 the Information about People with Significant Control (Amendment) Regulations 2017 (the "2017 Regulations") were brought into force.

Key changes brought about by the 2017 Regulations include the following:

The 2017 Regulations were brought into force as part of the UK's implementation of Directive 2015/849/EU, commonly referred to as the Fourth Money Laundering Directive (the "Directive").  EU member states were obliged to implement the Directive by 26 June 2017.

The original K&L Gates guidance note relating to the introduction of the UK PSC regime, dated March 2016, can be found here.

Background - What is the UK PSC Regime
On 6 April 2016, the UK government introduced important reforms aimed at increasing transparency over the ownership and control of UK companies and English law LLPs.  One of the most significant changes introduced was a requirement for UK companies and English law LLPs to maintain a mandatory statutory register (a "PSC Register") of certain people with significant control (who are generally individuals) and registrable relevant legal entities ("RLEs").  This is generally referred to as the UK PSC regime.

When the UK PSC regime was introduced, the requirement to maintain a PSC Register was applicable to all English law LLPs and most UK-incorporated companies.   The following companies originally fell outside the scope of the regime and therefore did not need to keep a PSC Register:

a) companies which were already subject to the disclosure requirements of Chapter 5 of the Disclosure and Transparency Rules ("DTRs") in the FCA Handbook, broadly being companies listed on an EEA-regulated market (e.g. the London Stock Exchange Main Market) for which the UK is their home state or UK public companies with shares admitted to trading on a prescribed market (e.g. AIM or the NEX Exchange Growth Market);

b) companies with voting shares admitted to trading on a regulated market in an EEA state other than the UK; and

Impact of the Changes on UK-Incorporated AIM-Listed Companies
The 2017 Regulations have removed the reference to companies subject to the DTRs from the list of companies exempt from maintaining a PSC Register.  Other changes have also been made so that the only UK-incorporated companies which are now exempt from the UK PSC regime are:

Therefore, unless a UK-incorporated AIM-listed company falls within one of the two exemptions listed above, it is now subject to the UK PSC regime and has the following key obligations (which take into account relevant transitional provisions):

Failure to comply with the duties imposed by the UK PSC regime is a criminal offence and the company and its directors and other officers may be subject to an unlimited fine or imprisonment of up to two years or both.

All UK-incorporated AIM-listed companies should now therefore be:

Companies'  registrars may also be able to assist in ensuring compliance with these obligations.

In brief, PSCs are persons who are deemed to have significant control of a company by virtue of meeting one or more of the following five "control conditions" in relation to the relevant company.  A person will have "significant control" over a company if they:

(a) directly or indirectly hold more than 25% of the shares in the company; or

(b) directly or indirectly control more than 25% of the voting rights in the company; or

(c) directly or indirectly have the right to appoint or remove a majority of the board of directors of the company; or

(d) have the right to exercise, or actually exercise, significant influence or control over the company; or

(e) have the right to exercise, or actually exercise, significant influence or control over the activities of a trust or firm (which does not have a legal personality under the law by which it is governed) that has significant control (of the type in one or more of the above four conditions) over the company.

An entity will only be a RLE if (in addition to meeting one or more of the relevant control conditions) it:

(a) is a body corporate or a firm that is a legal person under the law by which it is governed; and

(i.) is required to keep its own PSC Register under UK rules;

(ii.) has voting shares admitted to trading on a regulated market situated in an EEA state; or

(iii.) is a Specified Listed Company; and

(c) is the first entity meeting the conditions in paragraphs (a) and (b) of this section in a chain of ownership above the entity whose PSC Register is under consideration.

Further information on the requirements in different factual scenarios are set out in our previous alert here.

Identifying PSCs or RLEs - Specific UK-Incorporated AIM-Listed Company Considerations
Whilst UK-incorporated AIM-listed companies will be familiar with the transparency requirements of the DTRs, the prescribed information required under the UK PSC regime is more extensive, including, in relation to any identified PSC:

(d) country, state, or if the PSC is resident in the UK, the part of the UK where the PSC usually lives;

(g) the date when the individual became a PSC in relation to the company;

(h) which of the above five conditions for being a PSC the individual meets; and

(i) any restrictions on disclosing the PSC's information publicly that are in place.

Many individuals hold shares or rights in UK-incorporated AIM-listed companies through a nominee. Where this is the case, the UK PSC regime will treat these shares or rights as if they were held by the person for whom the nominee is acting. If this person is a PSC, their details must be entered on the PSC Register.

If two or more people hold the same shares or rights in the UK-incorporated AIM-listed company, for the purposes of calculating control each joint holder is regarded as holding the total number of shares or rights held by all of the joint holders.  Similarly, where two or more people arrange to exercise all or substantially all of their rights (including rights conferred by shares) jointly in a way that is predetermined, each of them is deemed to hold the total rights held by all of them.

New Filing Requirements
Subject to a short grace period for UK-incorporated AIM-listed companies, from 26 June 2017 all companies subject to the UK PSC regime will be required to:

(a) update their PSC Register within 14 days from when the company became aware of a change in their PSC or RLE details and has all the particulars necessary to fully complete the PSC  Register (which particulars need to be sought, and, where relevant, confirmed, promptly); and

(b) file the update with Companies House using one of nine forms (outlined below) within a further 14 days.

UK-incorporated AIM-listed companies will be required to comply with these obligations from 24 July 2017 but are obliged to commence investigations on the completion of their PSC Registers from 26 June 2017.

The following forms should be used to notify Companies House of a change in PSC details:

Most of the information recorded on a company's PSC Register, including the identity of PSCs and RLEs, must be made publicly available and be updated throughout the year on an event-driven basis through forms filed with Companies House (rather than notified annually by way of the confirmation statement).

For entities that were obliged to keep a PSC register prior to 26 June 2017, any changes that have occurred since the company last submitted its confirmation statement will need to be filed with Companies House, using one of the above forms, within the 14 day period from 26 June 2017.

Other Changes
Some of the other changes brought into force on 26 June 2017 are set out below:

Who to Contact
Should you require any further guidance on the matters raised above please feel free to reach out to the contacts below. 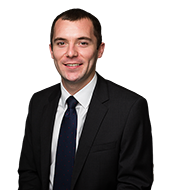 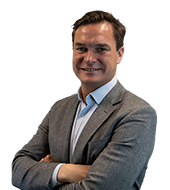