UK Shale Gas - Going all out for Shale

As part of a package of measures to kick-start the shale gas industry in the UK, the UK government issued a joint Written Statement by DECC and DCLG on 16 September 2015 containing a new shale gas and oil policy[1]. This policy has immediate effect and is a material consideration to be taken into account by mineral planning authorities in the determination of shale gas applications and in the preparation of mineral development plans.

The policy sets out new planning powers designed to speed up the current time taken by mineral planning authorities to process shale gas applications and includes:

The policy announcement has been strongly welcomed by the shale gas industry. The industry have expressed concerns over the current planning procedures in the UK for obtaining approval for the extraction of shale gas and in particular the time taken to process such applications.  The delay in determining a recent application by Cuadrilla in Lancashire for 2 test sites near Blackpool which was subsequently refused, after a year, is certainly evidence of these difficulties[2].

However the proposal to remove shale gas decisions from a locally elected group of members may be a step too far for some, particularly in view of the recent call for increased community engagement in shale gas applications by the Taskforce on Shale Gas[3].

In an attempt to win public support for shale gas, the UK Government have also announced in the Written Statement their intention to present proposals later this year to establish a sovereign wealth fund to share with the local community a proportion of the tax revenues recouped from shale gas. This initiative, coupled with the commitment already made by shale gas industries to make set payments to local communities at the exploration and production phases of shale gas development, may assist in reducing public opposition to shale gas.

Investors in the shale gas industry in the UK are watching with interest to see what impact this policy announcement may have on the decision making process in the UK.  The additional need to ensure a consistency of environmental standards across Europe is also critical if investment in the shale gas industry in the UK is to be encouraged.  The recent decision[4] by the European Commission on 3 September to review the effectiveness of Recommendation 2014/70/EU (which set minimum principles for the exploration and production of hydrocarbons such as shale gas using hydraulic fracturing) will assist in determining whether the existing environmental regulation governing the extraction of shale gas needs to be strengthened and improved.

This policy contained within the joint Written Statement formally replaces the earlier Shale Gas and Oil Policy Statement by DECC and DCLG issued on 13 August 2015.

Should you require further information about any of the matters contained within this alert or any advice on how these reforms may impact on your development proposals, please contact the authors or your usual K&L Gates contacts. 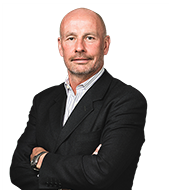