The UK Supreme Court has now handed down its greatly anticipated judgment in the case of Marks and Spencer plc v BNP Paribas Securities Services Trust Company (Jersey) Limited. The Court confirmed that where a break clause took effect during a rent period, the tenant was not entitled to be repaid the rent for the period after the break date absent an express clause in the lease.

Facts of the Case

The case concerned M&S's exercise of a break clause in their commercial lease of office space at The Point, Paddington in London. The lease was for a fixed term which was due to expire on 2 February 2018, and the rent was payable on the usual quarter days. M&S validly served a break notice to determine the lease on 24 January 2012. In compliance with the terms of the break clause, M&S subsequently paid the full quarter's rent due on 25 December 2011 despite the lease being due to determine one month later. M&S also paid to the landlord a break premium of £919,800 as a condition of operating the break clause.

Following the determination of the lease, M&S demanded repayment of the excess rent paid which related to the period from 24 January 2012 to 24 March 2012 (being the next quarter date). There was no provision in the lease for repayment of this rent, and as a result BNP Paribas refused M&S's demand.

The legal question to be considered by the Supreme Court was whether a term should be implied into a lease which otherwise makes no provision for it, that a tenant can recover from its landlord the apportioned value of rent paid in respect of a rental period from the break date until the next payment date (in the case of M&S from 24 January 2012 to 24 March 2012).

Decision of the Supreme Court

The Supreme Court unanimously rejected M&S's claim that a term for reimbursement should be implied into commercial leases, as it reasoned that such a term was not required to make the contract workable or internally coherent. The Supreme Court expanded that, except in very exceptional circumstances, an express term would be needed in the contract to entitle a tenant to a refund of rents paid in advance relating to the period after a conditional break date. On this basis the appeal was dismissed and the Court of Appeal's judgment upheld.

Wider Effect of the Judgment

In its judgment the Supreme Court considered the principles by which a term should be implied into a contract. Its reasoning was as follows:

The Supreme Court's judgment confirms the established rules concerning implied terms and reiterates that a term will only be retrospectively implied into a contract if it satisfies the test of business necessity or it is so obvious that it goes without saying.

The Supreme Court also considered for the first time the decision in Ellis v Rowbotham [1900], whereby the Court of Appeal ruled that the Apportionment Act 1870 was not applicable to rent payable in advance. The Supreme Court upheld this established judgment which reinforced the principle whereby an express and unambiguous term is required in a contract to entitle a tenant to a refund of rents paid in advance relating to the period after a conditional break date.

The Supreme Court's ruling raised the issue of whether a tenant with a break date falling otherwise than on the final day of a payment period may safely pay an apportioned rent for that period where there are no conditions precedent to be satisfied on the break date under the lease. Lord Neuberger's judgment supported apportionment but did not conclusively settle this question of construction. Consequently this will remain to be determined in the future. 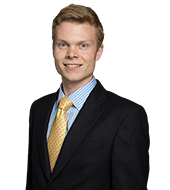