This case stands as a stern warning to foreign companies that may be considering joint ventures with U.S. partners. In this case, the parties structured the joint venture in a way that should have insulated the partners from U.S. legal entanglements. In particular, the joint venture partners agreed that any dispute between them would be resolved under Hong Kong law in a Hong Kong arbitration. Despite this, the Bankruptcy Court has now taken control of the sale of one partner’s interest in the joint venture, effectively overriding express terms of the shareholders’ agreement.

TRU’s reorganization efforts failed in the spring of 2018, at which point TRU began a process to liquidate its assets. When TRU solicited bids for its interests in the Joint Venture, Fung participated in several rounds of bidding, but another party was selected as the winning bidder.

When TRU sought bankruptcy court approval for its sale of the Joint Venture interests owned by TRU (UK) Asia Limited, Fung objected arguing that the proposed sale should not prevent Fung from exercising its right of first refusal under the Shareholders Agreement. Fung also commenced an arbitration in Hong Kong in accordance with the Shareholders Agreement. Fung also sought (and received) an order from the Hong Kong High Court enjoining TRU (UK) Asia Limited, the TRU subsidiary that owns 85% of the Joint Venture, from completing the proposed sale. The order entered by the Hong Kong High Court required TRU (UK) Asia Limited TRU to deposit money with the High Court sufficient to cover a possible arbitration award to Fung.

TRU responded by asking the Bankruptcy Court to enjoin Fung from taking any further action in Hong Kong. TRU argued that Fung was merely a disappointed bidder and that its actions were disrupting TRU’s sale process. Fung objected, contesting the jurisdiction of U.S. courts to enjoin it from exercising its contractual rights under an agreement with a foreign entity that is not a debtor in bankruptcy.

In a ruling on September 27, the Bankruptcy Court sided with TRU and enjoined Fung from continuing its actions in Hong Kong until after TRU completes its sale of the Joint Venture interest owned by TRU (UK) Asia Limited. The Bankruptcy Court ruled that Fung’s participation in TRU’s auction process created sufficient connections between Fung, TRU and its U.S. insolvency proceedings to give the Bankruptcy Court jurisdiction over Fung. Once the sale closes, Fung’s litigation in Hong Kong will be moot because TRU (UK) Asia Limited is expected to have no remaining assets with which to pay a monetary award to Fung. 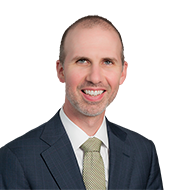