As an update to our previous alerts of 24 February, 25 February, and 15 March, the U.S. Department of the Treasury’s Office of Foreign Assets Control (OFAC) on 24 March announced an additional round of sanctions on Russia—one month to the date following Russia’s invasion of Ukraine.

This most recent round of sanctions adds a significant number of entities and individuals to the OFAC-enforced Specially Designated Nationals and Blocked Persons List. Those targeted are: (1) Russia’s defense-industrial base, (2) additional Russian governmental officials, and (3) the chief executive officer (CEO) of Public Joint Stock Company Sberbank of Russia (Sberbank). This alert provides a brief overview of the supplemental actions and their anticipated effects.

Perhaps the most prominent action coming out of this round of sanctions is the imposition of blocking sanctions on 48 Russian defense companies.

The designations include some major Russian defense entities: Tactical Missiles Corporation JSC (KTRV) and 28 related entities; JSC NPO High Precision Systems; NPK Tekhmash OAO; Joint Stock Company Russian Helicopters, as well as 15 of its subsidiaries; and Joint Stock Company Kronshtadt. The general director of KTRV was likewise designated. Each of the entities was targeted for their development and supply of various types of defense items, such as arms, ammunition, helicopters, aviation equipment, or weaponry, in support of Russia’s invasion of Ukraine.

The blocking sanctions also prohibit U.S. persons from engaging in any transaction, directly or indirectly, with designated individuals or entities owned 50% or more by those individuals, and they also require blocking of their property and interests in property.

This action adds to the prior sanctions and export controls already targeting Russian defense and military activities detailed in our alert of 25 February. Given the various layers of sanctions and export controls continuing to develop and their expansive effects beyond Russian borders, companies should take extra care when engaging in transactions with entities having possible ties to the Russian defense industry.

OFAC likewise designated 328 members of The State Duma of the Federal Assembly of the Russian Federation (the State Duma), a governing body of Russia, as well as the State Duma itself, for its actions to support Russia’s continued invasion of Ukraine.

These blocking sanctions build on an increasing number of sanctions coming out of OFAC targeting the Russian government and elites with ties to Russian Federation President Vladimir Putin.

Finally, OFAC issued blocking sanctions on Herman Oskarovich Gref, the CEO of Sberbank. As detailed in our alert of 25 February, Sberbank is a major Russian financial institution that itself was previously sanctioned by OFAC with correspondent and payable-through account (CAPTA) restrictions.

The further action of sanctioning Sberbank’s CEO could have ripple effects beyond the CAPTA restrictions for some transactions. In addition to complying with any CAPTA sanctions, U.S. persons doing business with Sberbank should therefore be alert to any involvement of Gref in the transaction. For some matters, this might require additional diligence.

Our team continues to track ongoing developments relating to Russia sanctions. If you have any questions regarding the sanctions discussed in this alert, please do not hesitate to contact our International Trade team. 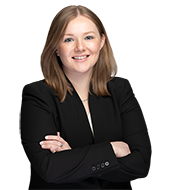