On September 22, 2015, the Securities and Exchange Commission (“SEC”) proposed a new rule and amendments to rules and reporting forms under the Investment Company Act of 1940 (the “1940 Act”), designed to standardize liquidity risk management by open-end funds.[1]  If adopted, the reforms would:

The proposed rules, if adopted, may have far reaching effects on the funds that are subject to their provisions.  Open-end funds can expect to incur costs, which could be substantial, in implementing or modifying liquidity risk management programs and making the required reports and disclosures.  To the extent that funds rely on third-party service providers to provide liquidity data and analyses, they will also incur the associated expenses.  Funds that elect to use swing pricing will face challenges in setting the mechanism for adjusting NAV and communicating this new process to shareholders.  Fund boards will face significant new oversight responsibilities.  The SEC also expects to use the information gleaned from fund disclosures when conducting examinations and in enforcement actions.

The proposed reforms represent for open-end funds (other than money market funds) the first liquidity guidance from the SEC in over 20 years.  The reforms are focused on standardizing liquidity management practices among funds by requiring a formal, written liquidity risk program with board oversight and frequent monitoring.

Liquidity risk in the asset management industry has become an increasing focus of regulatory concern.  Over the past two years, the SEC staff has made fixed income and so-called “alternative” funds and their liquidity management practices an examination priority.  The staff observed that liquidity risk management practices among funds vary significantly and that some funds, when faced with a high level of redemptions, “experienced particularly poor performance compared with their benchmark,” creating a risk of investor dilution.  The SEC notes that these varying practices, combined with a trend in the industry toward non-equity portfolio investments, necessitate an enhanced “minimum baseline requirement” for the management of liquidity risk across the mutual fund industry.

The reforms are also aimed more broadly at managing risk to the U.S. financial system as a whole.  In December 2014, the Financial Stability Oversight Council (“FSOC”) sought public comment about potential risks to the U.S. financial system associated with liquidity and redemptions in the asset management industry.  Although FSOC’s public comment request is independent of the proposed reforms, the SEC notes that it considered comments to FSOC in formulating its rule proposal.  The SEC explains in the Proposing Release that, “as the primary regulator of open-end funds,” it remains committed to designing regulatory programs that “focus on mitigating the adverse effects that liquidity risk in funds can have on investors and the fair, efficient and orderly operation of the markets,” including “any potential financial stability risks from poor fund liquidity management.”

Fast Facts About The Proposed Reforms

Requirements: The rule requires a fund to establish and implement a written program designed to assess and manage the fund’s liquidity risk.

Compliance Dates:The proposed compliance dates differ depending on the size of the fund group, as follows:

Scope:“Swing pricing” would be permitted for registered open-end management investment companies, except: (i) ETFs and (ii) money market funds.

Requirements:Funds authorized to use swing pricing would be permitted, but not required, to establish and implement policies and procedures providing for the fund to adjust its current NAV to mitigate dilution of the value of its outstanding redeemable securities as a result of shareholder purchases and redemptions.

Compliance Date: For funds that elect to use swing pricing, the SEC expects the rule, if adopted, would be available immediately after the effective date once a fund has met the requirements of the rule.

Requirements: The current requirements of Form N-1A (i.e., the form used by open-end management investment companies to register under the 1940 Act) do not require disclosure of the timing of payment of redemption proceeds to fund shareholders, and the SEC notes that the level of disclosure consequently varies among funds.  The SEC is therefore proposing amending Form N-1A to add certain line-item requirements that would establish consistency in disclosures among funds, and to seek to ensure that investors receive adequate information to compare redemption policies across funds.  The following items and instructions would be amended:

Requirements: Because the use of swing pricing would affect a fund’s statement of assets and liabilities, statement of changes in net assets, financial highlights and the notes to the financial statements, certain amendments to Regulation S-X are proposed for any fund that uses swing pricing:

Compliance Dates:For funds that elect to use swing pricing, the SEC expects the amendments, if adopted, would be available immediately after the effective date once a fund has met the requirements of the rule.

Compliance Dates: Thecompliance dates differ depending on the size of the fund group, as follows:

An In-Depth Look At The Proposed Reforms

The Purpose of the Proposed Reforms

Meeting daily redemptions is fundamental to the operation of open-end funds.  The SEC explains that a “hallmark of open-end funds is that they must be able to convert some portion of their portfolio holdings into cash on a frequent basis.”  The proposed reforms have three primary purposes: (1) to reduce the risk that funds will be unable to meet redemption obligations, (2) to protect long-term fund shareholders from dilution of their interests caused by fund inflows and outflows and (3) to enhance fund disclosures about liquidity and redemption practices.

The SEC points to industry developments that underscore the need for its proposals, including increasing shareholder inflows into funds with less liquid investment strategies, such as fixed income, emerging market debt and alternatives.  The SEC notes that many alternative funds pursue strategies similar to those of private funds, but unlike private funds, are unable to restrict investor redemption rights and must honor redemption requests within seven days.  Citing the SEC staff’s finding that these funds’ cash flows are “significantly more volatile than other strategies,” the SEC believes the reforms are necessary to address increased redemption risks posed to investors.

Evolving redemption practices, including shortening settlement periods, also underlie the proposed reforms.  Although open-end funds must pay redeeming investors for fund shares within seven days of their tender under Section 22(e) of the 1940 Act, over the past two decades, this settlement period has shrunk as a result of the adoption in 1993 of Rule 15c6-1 under the Securities Exchange Act of 1934, which requires broker-dealers, including those that distribute open-end funds, to settle trades within three business days (called “T+3”).  The settlement period for fund share transactions can be even shorter, as some open-end funds promise settlement on a next‑business-day basis.  However, the SEC notes that while settlement periods for trading fund shares have fallen, settlement periods for some portfolio securities that funds hold — such as bank loans — have not fallen correspondingly, and can exceed seven business days.  The SEC is concerned that this potential mismatch between the time in which a fund receives cash for selling a portfolio asset and the time the fund must pay its redeeming shareholders could increase a fund’s liquidity risk and affect its ability to meet redemptions.

Separate from the risk that a fund may not be able to satisfy its redemption obligations, there is the risk that investor inflows and outflows could dilute the interests of longer-term investors in the fund.  A 2015 SEC staff white paper on fund liquidity concluded that the typical U.S. equity fund appears to sell relatively more liquid assets first to meet redemptions, thus leaving remaining shareholders with a potentially less liquid and riskier fund until the fund rebalances.[3]  Further, to the extent that funds conduct trading activity and incur the associated costs in the days after a redemption request, these costs are not reflected in the NAV paid to redeeming investors and are instead borne by remaining investors.  The swing pricing amendments to Rule 22c-1 under the 1940 Act seek to reduce this “first mover advantage” to early redeeming shareholders and protect longer-term fund shareholders from dilution.  The SEC based its proposal in large part on pricing practices of funds in European jurisdictions, including “UCITS” funds organized in Luxembourg.

The proposed disclosure reforms go beyond informing investors about funds’ liquidity and redemption practices, as they are also intended to enhance the SEC’s ability to monitor liquidity management risk in the fund industry.  Proposed amendments to Form N-PORT would require a fund to report the liquidity classification of each position (or portion of a position) in a portfolio asset monthly, as well disclose its established three-day liquid asset minimum.  The SEC anticipates that the additional reporting will assist its staff to better monitor liquidity trends and various funds’ liquidity risk profiles.  For example, a fund that experiences lower performance than its peers during periods of high redemptions may expect increased regulatory scrutiny.

Although Proposed Rule 22e-4 would apply to all open-end management investment companies (other than money market funds) regardless of their specific investment strategies, it would require each fund to assess its own liquidity risk and adopt tailored policies and procedures for managing liquidity risk in light of that assessment.  The effect of the proposal is that funds whose assets are concentrated in less liquid assets likely will establish liquidity risk management programs that are substantially different from programs established by funds whose assets are highly liquid.

[4] Proposed Rule 22e-4 defines “convertible to cash” as “the ability to be sold, with the sale settled.”  Typical expected settlement periods should be assumed when classifying assets under the rule. 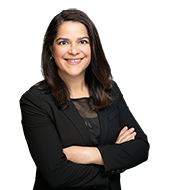