In its unanimous opinion, the Supreme Court overturned the Federal Circuit’s two-part test laid out in In re Seagate Technology, LLC. [2]  Seagate required that a patentee first prove, by clear and convincing evidence, that the accused infringer acted despite an “objectively high likelihood that its actions constituted infringement of a valid patent.” [3]  Seagate further required that a patentee prove that the risk of infringement “was either known or so obvious that it should have been known.” [4]

The Supreme Court held that the Seagate test was inconsistent with Section 284 of the Patent Act, which provides that “the court may increase the damages up to three times the amount found or assessed.” [5]  The primary problem, in the Supreme Court’s view, was that Seagate’s requirement of objective recklessness insulated “the most culpable offenders.” [6]  More specifically, Seagate effectively precluded enhanced damages based on whether the infringer’s attorney could “muster” a reasonable (albeit unsuccessful) defense at trial. [7]

After Halo, there is no formal “test” for what may be grounds for the enhancement of patent damages.  Instead, it is a simple question of district court discretion: “District courts enjoy discretion in deciding whether to award enhanced damages, and in what amount.” [8]  Conduct warranting enhanced damages includes that which is “willful, wanton, malicious, bad-faith, deliberate, consciously wrongful, flagrant, or—indeed—characteristic of a pirate.” [9]

In eschewing any formal “test,” the Supreme Court likewise rejected the Federal Circuit’s standard of proof for enhanced damages (clear and convincing evidence) in favor of the more lenient preponderance of the evidence standard. [10]  Similarly, the Supreme Court rejected the Federal Circuit’s standard of review for enhanced damages (a complicated meld of different standards) in favor of the simpler abuse of discretion standard. [11]  Procedurally, the Supreme Court built on the same approaches—no strict test, discretion in the district court, and preponderance of the evidence and abuse of discretion standards—that it used in two 2014 patent cases concerning the related subject of “exceptional” cases eligible for an award of attorney fees. [12]

Practically speaking, Halo may be viewed as a decision favoring patentees because it removes an obstacle that stood in the way of enhanced patent damages.  A related policy concern is whether or not Halo will pave the way for enhanced patent damage awards to patent “trolls.”  However, both the opinion and the concurrence emphasized that enhanced damages may only be awarded for egregious, typically willful, misconduct by an infringer—not “garden-variety” cases. [13]  Also, even in egregious cases, the district court has discretion to deny enhanced damages. [14]  The question going forward is whether that discretion will nevertheless balance out the relaxed standard. 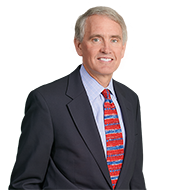