On December 22, 2017, the president signed the Tax Cuts and Jobs Act (the “Act”). While the Act will impact many taxpayers, some of the more significant changes relate to how individuals and other non-corporate taxpayers are taxed on income from certain types of businesses and investments. Chief among these is the so-called “pass-through” deduction, sometimes referred to as the “Super 199 deduction” for its section number (new section 199A) in the Internal Revenue Code of 1986, as amended (the “Code”). Although there are significant ambiguities in the Act and material limitations on who may benefit from the Super 199 deduction and to what extent, the Super 199 deduction should be helpful for many taxpayers operating a business as a sole proprietor or through a partnership or S corporation. With careful tax planning, other taxpayers may be able to benefit as well.

Who qualifies for the deduction?

How much is the deduction?
New Section 199A is packed with complex calculations.

Most taxpayers that qualify for the Super 199 deduction will be able to deduct up to 20% of certain types of income (qualified business income or “QBI”) the taxpayer earns from certain kinds of businesses that are organized as sole proprietorships or pass-throughs (S corporations, partnerships, and limited liability companies treated as partnerships for U.S. federal income tax purposes).

So, what is QBI? QBI is not dividends, interest, capital gain or loss, income from certain investment activities, annuity payments, and deductions and losses attributable to those items. Thus, QBI generally is rent, royalties, gain from the sale of inventory, and service fees, if that income is earned in a QTB (or an SST, subject to the limitations discussed above), less related deductions, expenses, and losses, including compensation of employees and contractors and “reasonable compensation” for services provided by the taxpayer to the QTB.
The Super 199 deduction may also be increased by 20% of certain amounts earned from real estate investment trusts and publicly traded partnerships treated as partnerships for U.S. federal income tax purposes (typically, large publicly-traded oil and gas and timber businesses).

What else does the Act do for pass-throughs?

There are several other highly technical provisions in the Act that affect entities treated as partnerships for U.S. federal income tax purposes. For example, one provision overturns a recent Tax Court decision by treating any non-U.S. person that holds equity in a U.S. partnership as engaged in any trade or business of that partnership. Another provision broadens a rule that requires a partnership to adjust its basis in its assets for certain limited purposes if a partner transfers its interests at a time when the partnership’s basis in its assets substantially exceeds the fair market value of its assets. The Act also eliminates the so-called “technical termination” rule, which requires that a partnership reset its depreciation deductions and other tax elections in case more than 50% of the partnership is transferred within a 12-month period.

What now?
As noted above, the president has signed the Act into law. For calendar year taxpayers, most, but not all, of the provisions in the Act become effective on January 1, 2018. Thus, taxpayers that are able to nimbly adjust to the new rules may experience better results. In any event, there will be no shortage of planning opportunities for taxpayers seeking to maximize the likelihood of benefitting from the Super 199 Deduction.

In light of the Act’s significant ambiguities and uncertain application to a variety of industries and situations, however, the precise contours of the Super 199 Deduction remain to be seen and likely will require interpretive guidance from the IRS. As more details emerge, we will continue to publish updates on the matters addressed in this alert and other aspects of the Act, all of which are addressed in the publications listed on our Tax Reform Resources page.

We invite you to contact any member of our tax team to discuss the methods that may be of most benefit in your situation as well as the stumbling blocks you should be aware of in the Act. 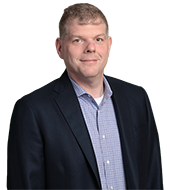