Background
Following a comprehensive review by USCIS for its fiscal year 2016/2017 biennial period, USCIS determined that its current fees do not recover the full costs associated with processing applications and petitions. DHS published a notice of proposed rulemaking on May 4, 2016, and received 475 comments during the sixty-day comment period. The final rule was published on October 24, 2016, and will go into effect on December 23, 2016, applying to filings submitted to USCIS on or after that date.

Increased Fees
The final rule increases fees by a weighted average of 21% for most immigration benefit requests. All applications or petitions that are mailed, postmarked, or otherwise filed on or after December 23, 2016, must include the new fees in order to be processed by USCIS. In other words the new fees apply on the date of submission by the petitioner or applicant and not on the date of receipt by USCIS.

The following is a list of the fee increases most likely to impact employers. These increases include the fees for Form I-129 (used for H-1B, L-1, O-1, TN, and E-1/E-2 filings), Form I-140 (used for employment-based green card petitions, including those based on PERM labor certification), Form I-485 (for the employee and dependent family members to obtain green cards), and Form I-765 (the work authorization form used by F-1 students as well as pending green card applicants). A more comprehensive list of the new fees can be found on USCIS’s website at https://www.uscis.gov/forms/our-fees.

Practical Implications of the New Rule
Petitioners and applicants should take note of the increased fees and revise immigration strategies accordingly. In particular, companies and persons planning to file benefit requests in early 2017 should consider filing before fees increase on December 23, 2016. K&L Gates immigration attorneys are available to answer any specific questions you may have regarding this alert. 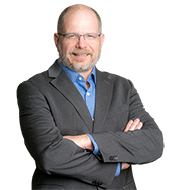