On May 4, 2016, the United States Patent and Trademark Office (“USPTO”) published a memorandum to assist patent examiners (“Examiners”) in crafting subject matter eligibility rejections and analyzing applicant responses to those rejections.  The memorandum, entitled Formulating a Subject Matter Eligibility Rejection and Evaluating the Applicant’s Response to a Subject Matter Eligibility Rejection (“Memorandum”) is intended to address the ongoing controversy regarding the proper usage of rejections for allegedly patent ineligible claims under 35 U.S.C. 101.

The USPTO also notes that training will be provided for Examiners regarding the memorandum.  However, there is no timeline provided for completing the training.

The Memorandum clarifies that the rejection must refer to what is actually recited in the claims and explain why what is recited is considered to be an exception.  If the claim describes an element that appears to be a judicial exception, rather than explicitly reciting that element, the Examiner must also explain how the description is a judicial exception.  Id.  The Memorandum also clarifies that the explanation should explain why the claim elements “correspond[] to a concept that the courts have identified as an abstract idea” or “explain using a reasoned rationale why [the claim element(s)] is considered to be a law of nature or a natural phenomenon.”  Id. at 1.

Part II: Evaluating Applicants’ Responses
The second part of the Memorandum is directed to the analysis that Examiners should perform when receiving a response from an applicant to a patent eligibility claim rejection.  The majority of the Memorandum reminds Examiners that they must consider all evidence and all amendments presented in response.  Id. at 5–7.  The Memorandum specifically notes that additional elements added by amendment should be considered both individually and in combination with other claim elements to determine if they add significantly more to the claims to cause them to be directed to patentable subject matter.  Id. at 5.

The Memorandum also explains that if the Examiner does not determine that the amendments, arguments, or evidence are sufficient, a rebuttal must be provided in the next Office Action.  Id at 5–7.  The Memorandum provides several examples of possible rebuttals.  For example, for cases where applicants have argued that their claim is patent-eligible and analogized to a court case, “an appropriate response would be an explanation as to why the abstract idea identified in the claim is similar to a concept in a cited case.”  Id. at 6.  The Memorandum also expects the Examiners to have a high degree of familiarity with the court cases: where applicants do not provide case cites in their arguments in response, the Memorandum states that “the Examiner would need to point to a case in which a similar abstract idea was identified and explain why the abstract idea recited in the claim corresponds to the abstract idea identified in the case . . ..”  Id.

It will be interesting to see how, and to what extent, the suggestions and guidance provided in the Memorandum affect Examiner behavior in drafting rejections based on alleged lack of patentable subject matter and in responding arguments made by applicants.

Notes:
[1]  For additional information on the prior guidance from the USPTO on this topic, please see Patent Office Issues New Examination Guidelines for Subject Matter Eligibility. 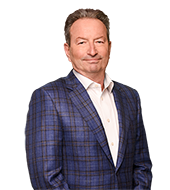