In PJSC Bank Finance and Credit & another v Zhevago & others [2021] EWHC 2522 (Ch), the Chancellor of the High Court, Sir Julian Flaux, decided that the first defendant, Mr. Zhevago, was properly served with High Court proceedings at an address in London even though Mr. Zhevago was resident in Dubai at the time. This was because Mr. Zhevago was a director of an English company (which was not a party to the proceedings) and had given the London address of that company as his "registered address" at Companies House. The decision is notable given Sir Julian Flaux's seniority and comes as a timely reminder for overseas directors.

In accordance with s1140 of the Companies Act 2006 (CA), a document may be served on a director or secretary of a company by leaving it at, or sending it by post to, their registered address. A registered address means "any address for the time being shown as a current address in relation to that person in the part of the register available for public inspection." 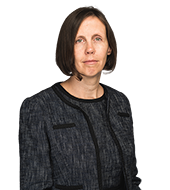